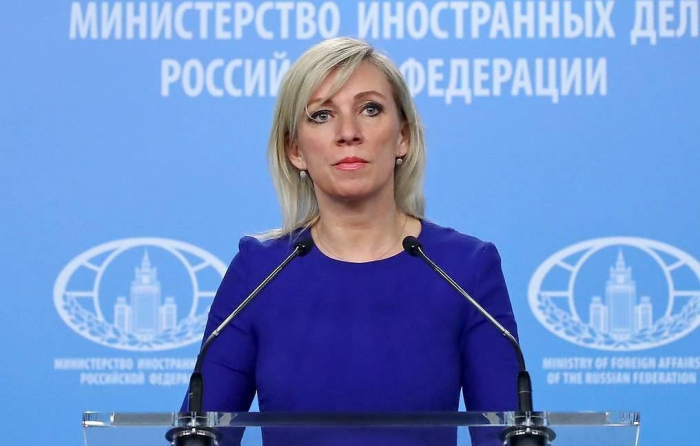 Moscow supports the steps aimed at normalizing the dialogue between Baku and Yerevan, as well as between Yerevan and Ankara, Maria Zakharova, spokesperson for Russia's Foreign Ministry, said at a briefing on Thursday.

Zakharova made the remarks while commenting on the Shusha Declaration signed between Azerbaijan and Turkey on June 15.

"Interaction in the South Caucasus must be developed on the basis of the principles of good-neighborliness, taking into account, of course, the balance of interests of all regional countries,” the spokesperson said.

“We do not consider it correct to mix the topics concerning the Nagorno-Karabakh region with bilateral relations of Azerbaijan or Armenia with third countries,” Zakharova added. “In this aspect, we view the latest Azerbaijani-Turkish contacts at the highest level. We proceed from the fact that bilateral ties in the region, including those in the military sphere, must not be built against other countries.”