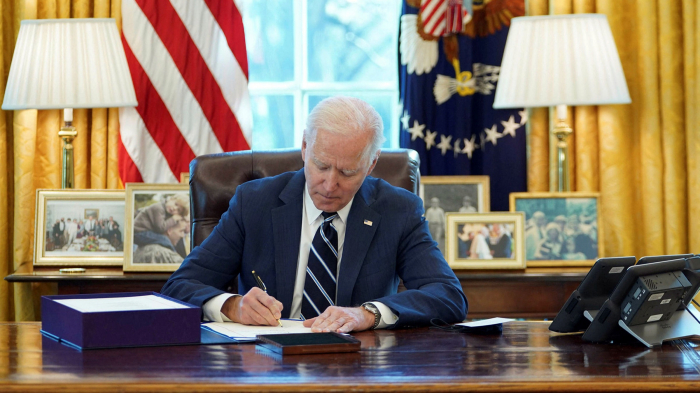 Flanked by Vice President Kamala Harris, members of the Congressional Black Caucus and other lawmakers, Biden added, "The truth is, it's simply not enough to commemorate Juneteenth. After all, the emancipation of enslaved Black Americans didn't mark the end of America's work to deliver on the promise of equality, it only marked the beginning. To honor the true meaning of Juneteenth, we have to continue towards that promise because we have not gotten there yet."

The bill was passed in the Senate with unanimous consent on Tuesday, and the House approved it Wednesday in an overwhelming 415-14 vote. The signing came after Biden just returned from his first presidential trip overseas to Europe, and two days before this year's Juneteenth.

With the president signing off on the bill, the Juneteenth National Independence Day becomes the 11th federal holiday in the United States, and the first new one since Martin Luther King Jr Day was designated a federal holiday in 1983. Since this year's Juneteenth falls on Saturday, most federal employees get a day off on Friday.

Celebrated on June 19, the holiday marks the day in 1865 when Union Major General Gordon Granger issued General Order No. 3 in Galveston, Texas, emancipating the remaining enslaved people in the state. For enslaved Americans in Texas, freedom came two and a half years after President Abraham Lincoln issued the Emancipation Proclamation.