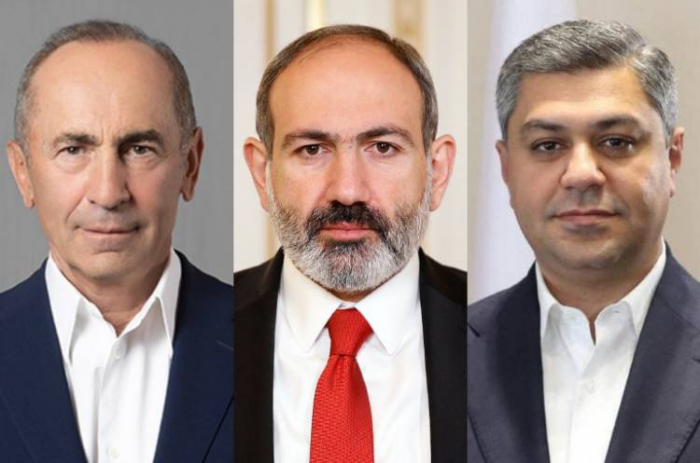 A total of 28.7% of the respondents will vote for the "Armenia" bloc headed by ex-president Robert Kocharyan, 25.2% for the ruling Civil Contract Party, and 10.8% for the "I Have the Honor" bloc, said Aram Navasardyan, director of the Gallup International Association in Armenia, AzVision.az reports citing local media.

Navasardyan on Friday announced the results of their survey as to which political party or bloc the Armenian citizens will vote for in Sunday’s snap parliamentary elections.