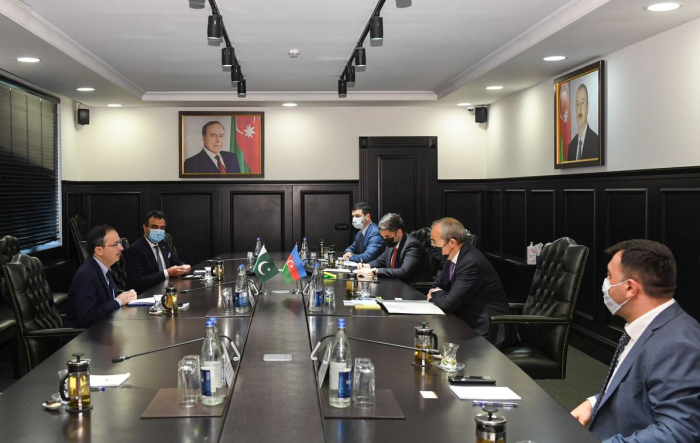 “I highly appreciate the close friendly and fraternal relations with Pakistan, as well as the unequivocal support of official Islamabad for Azerbaijan's position during the Second Karabakh War,” Jabbarov stressed.

In the course of the discussions, the officials noted the great potential for expanding economic ties and partnerships between Azerbaijan and Pakistan.

Moreover, the parties discussed the issues of cooperation on projects in the field of reconstruction, which will be implemented in the liberated territories.