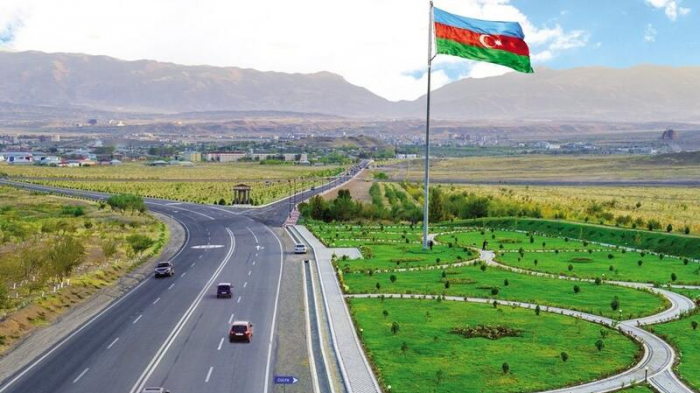 In the last three decades, the Armenia-Azerbaijan conflict over Karabakh has had a significant impact on the geo-economic situation in the South Caucasus. In the early 90s, the illegal territorial claims of Armenia against Azerbaijan led to the First Karabakh War and resulted in the occupation of 20% of internationally recognized territories of Azerbaijan. After the occupation, Azerbaijan and Turkey closed their borders and suspended economic relations with Armenia. As a result, about 80% of Armenia’s international borders were closed and the country fell into an economic blockade. The occupation also has negatively affected regional economic relations and development.

During the occupation, Armenia became the worst economically affected country in the region. Due to socio-economic problems between 1991 and 2019, about 31% of the population, or 1.12 million Armenians had emigrated to other countries. In this period, Armenia has become one of the poorest countries in the world with the poverty level reaching 26.4% in 2019. The Armenian economy also became highly dependent on external debt with the debt to GDP ratio reaching a dangerous level of 67.3% in 2020. Despite the negative effects of the occupation, Azerbaijan was able to rapidly develop its economy and implement important joint transportation and energy projects with other regional countries such as Georgia and Turkey.

Despite the painful economic implications of the occupation for Armenia and its negative effect on regional development, the Armenian governments were not inclined to give up their aggressive policy. Instead, they imitated the peace negotiations with Azerbaijan in order to prolong the occupation. This situation enforced Azerbaijan to end occupation using peace-enforcement operations. Thus, after the next provocations of the Armenian army in the line of contact, on 27 September of 2020, Azerbaijan started these operations, which eventually led to The Second Karabakh War.

During the 44-day war, which ended with a Russian-brokered trilateral ceasefire agreement on November 10, 2020, the Azerbaijani army was able to withdraw Armenian military forces from its territory and restore Azerbaijan’s territorial integrity. This agreement also envisions the restoration of all economic and transport links in the region and the creation of the Zangazur Corridor that will connect Azerbaijan with its landlocked exclave, Nakhchivan Autonomous Republic (AR) through the territory of Armenia.

The provisions of the trilateral agreement related to the restoration of economic and transport relations create great economic development and cooperation opportunities for the regional countries. Through the Zangazur Corridor, Russia will get a direct land link to Armenia, one of its main economic partners in the region. Turkey will be directly connected to Azerbaijan and the Turkic world in Central Asia. Azerbaijan will be able to end the blockade of the Nakhchivan AR. Armenia also could benefit from all these new opportunities if it chooses to return to peaceful policies. Using the new corridor, Armenia could get a land link to Russia and reach the markets of the Eurasian Economic Union (EEU) which was one of the main economic obstacles of Armenia. Another advantage of the Zangazur Corridor which is beneficial both for Armenia and Iran is the restoration of the rail connection between them, which goes through the territory of Azerbaijan and was closed because of the occupation.

Despite the potential advantages of the Zangazur Corridor, some nationalist forces in Armenia are against the creation of this corridor, as they consider it a threat to the national interests of Armenia. In their opinion, because of the opening of the corridor, Armenia will give up some portion of its sovereignty as according to the trilateral agreement Russia, not Armenia will exercise control over the corridor. The discontent in the Armenian society regarding the establishment of the Zangazur corridor even made the Prime Minister of Armenia express that Armenia will not discuss the creation of the Zangazur Corridor. However, it is obvious that by using this rhetoric, Pashinyan is trying not to lose voters in the upcoming parliamentary elections and he cannot go against the opening of the new corridor as he personally signed the 10 November agreement.

It is also worth mentioning that some Armenian experts were in favor of the restoration of the Zangazur Corridor even before the Second Karabakh War. In the International Alert’s 2014 report called “Rehabilitation of the Railways in The South Caucasus: Assessment of the Potential Economic Benefits” which were co-authored by Armenian experts and dedicated to the Kars–Gyumri–Nakhchivan–Meghri–Baku route, the importance of the Zangazur corridor was mentioned. Special attention was given to the benefits of restoration of the railway link between Iran and Armenia and access of Armenia to the Turkish market using this corridor. Thus, through this report, Armenian experts basically promoted the establishment of the Zangazur corridor.

All the mentioned advantages of the Zangazur corridor demonstrate that its establishment will bring benefits for all the regional countries, including Armenia. The past thirty years proved that illegal territorial claims against neighbors only lead to socio-economic problems and prevent full use of regional development opportunities. Now, Armenia has got a great chance to end its economic blockade and solve its deep-rooted socio-economic problems. Thus, if Armenia chooses to go against the opening of the Zangazur corridor it will face devastating results and in general terms, it will mean the refusal of the implementation of the 10 November agreement which also serves for cessation of the military operations.

Furthermore, by refusing the creation of the new corridor, Armenia will go against the interests of its main economic partner, Russia and other regional countries which will lead to the deterioration of the relations with them and deepening of its economic blockade. These factors show that regardless of which party comes to power in the upcoming parliamentary elections, Armenia could not go against the restoration of the regional transport links and establishment of the Zangazur corridor as these are the only ways for the economic survival of Armenia in the future.

Orkhan Baghirov is a leading advisor of the Baku-based Center of Analysis of International Relations.