Three political forces to be represented in Armenia’s new parliament 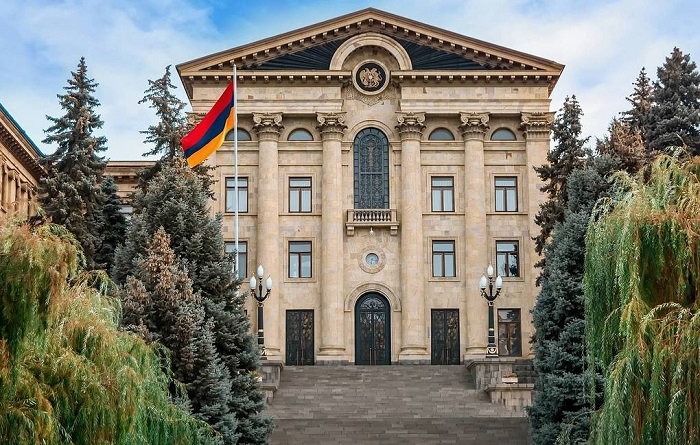 Armenia’s new parliament will have 107 MPs and three political forces after the results of Sunday’s snap elections were announced.

The three political forces are the ruling Civil Contract Party led by acting PM Nikol Pashinyan, the "Armenia" bloc led by ex-president Robert Kocharyan, and the "I Have the Honor" bloc led by opposition Homeland Party leader Artur Vanetsyan.

The respective parliamentary seats will be distributed as follows:

Also, three of the four parliamentary seats that are allocated for the four largest national minorities in Armenia fall under the Civil Contract Party mandate, and one—under the “Armenia” bloc, thus the latter will have 27 seats.

The party of Armenia’s acting Prime Minister Nikol Pashinyan won the early parliamentary polls with 53.92% of the votes, according to preliminary results. Unofficial results announced by the Central Electoral Commission of Armenia showed that Pashinyan’s Civil Contract Party came first in the election held on Sunday.

Former President Robert Kocharian’s “Armenia” block came second with 21.1% of the votes. According to the results, Pashinyan’s party lacks 0.08% to reach 54% threshold to form the government by itself. The I Have Honor Alliance, supported by the former President and Prime Minister Serzh Sargsyan, gained 5.23% of the votes and entered the parliament.

The voter turnout in the election was 49.4%, according to the commission.