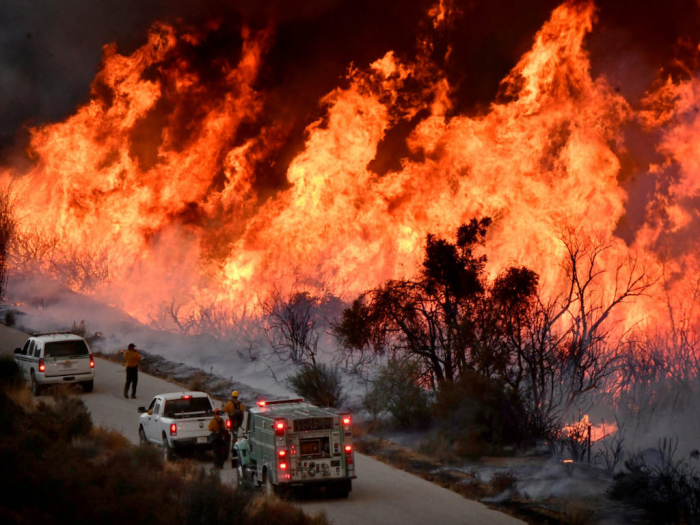 By announcing shared climate and biodiversity targets for 2030, G7 leaders this month made a promising step in the right direction, setting the stage for further progress at major global summits later this year. Still, what we really need is a fundamental change in our relationship with the planet.

At the recent G7 summit in Cornwall, Sir David Attenborough described the decisions currently facing the world’s richest countries as “the most important in human history.” He is right. The summit was held against a backdrop of crises, including the pandemic, climate change, biodiversity loss, rising inequality, and an “infodemic” of misinformation.

These challenges have made this a decisive decade for global action. While we welcome the G7’s new commitment to halve carbon dioxide emissions and become “nature positive” by reversing biodiversity loss all by 2030, these steps represent the minimum of what is required from the wealthiest countries on Earth.

As 126 Nobel Prize laureates note in a recent call to action, “The future of all life on this planet, humans and our societies included, requires us to become effective stewards of the global commons.” This consensus emerged from the first-ever Nobel Prize Summit, Our Planet, Our Future, which was jointly hosted by our organizations in late April. Nobel laureates and other experts from around the world came together to assess the risks posed by our hyper-connected world. In an era characterized by acceleration, scale, and systemic shocks, we explored what can be achieved now and in the coming years to put the world on a more sustainable path.

The challenge is as daunting as it is straightforward. Unless we embrace transformational action this decade, we will be taking a colossal risk with humanity’s future. Collectively, we are failing to appreciate the value of social and environmental resilience by allowing for large-scale, irreversible changes to the Earth’s biosphere. Given the stakes, the ambitions that governments bring to the United Nations Climate Change Conference (COP26) in Glasgow in November must be commensurate with the scale and urgency of the challenge.

We are hurtling toward dangerous tipping points. We know this not just from scientific theories and complex equations supported by computer models, but from what we can see with our own eyes. Major parts of the Antarctic and Greenland ice sheets are melting. Major stores of carbon in the roots, trunks, and soils of the Amazon rainforest and in permafrost regions are weakening and potentially destabilizing as we speak. The Atlantic Meridional Overturning Circulation that redistributes heat globally is slowing down.

At the same time, many countries’ politics are being destabilized by high levels of social and economic inequality and the increased spread of misinformation and disinformation. As this process has now been fully industrialized by digital technologies and platforms, the infodemic threatens our ability to respond effectively to global crises.

The Our Planet, Our Future meeting highlighted the need to invest more in science so that we can make sense of the world and drive socially beneficial innovation. COVID-19 vaccines were developed in record time because we had already invested in more than a decade’s worth of basic research on messenger RNA and immunogens. G7 governments have now committed to pursuing closer international cooperation in research and development. But we also will need to explore new business models to ramp up the sharing of scientific knowledge and investments in basic research.

International networks of scientific institutions also will need more investment. Universities should embed concepts of planetary stewardship in their curricula. And education at all ages should include a strong emphasis on the nature of evidence and the scientific method, in order to help build herd immunity against lies and misinformation spread by special interest groups and partisan media.

The end of the fossil-fuel era entails a monumental economic transformation that is already underway. But we will not make the progress that we need without economic dynamism. While G7 countries have signaled an intention to phase out coal, most have yet to specify a clear date and strategy for doing so. With a rapidly dwindling carbon budget, such dithering is not compatible with preserving climate stability at or below 1.5 degrees Celsius of warming, relative to preindustrial levels.

Finally, all countries should recognize that increasing disparities between rich and poor feed resentment and distrust, undermining the social contracts that are needed for difficult, long-term collective decision-making. To mitigate these risks, we should complement GDP with other metrics that better capture the well-being of people and nature. Today’s leaders need to be bold in serving the ultimate expression of justice: the right of coming generations to a livable biosphere.

Humanity’s long-term survival depends on the decisions that we make right now. World leaders gathering at the G7, the G20, and the biodiversity and climate summits this year must think in terms of centuries and generations, not years or months. Like the Nobel Prize, they should be guided by one question: What is of the greatest benefit to humankind?

Johan Rockström is Director of the Potsdam Institute for Climate Impact Research and Professor of Earth System Science at the University of Potsdam.

Marcia McNutt is President of the US National Academy of Sciences.


Brian Schmidt, a Nobel laureate, is Vice Chancellor of the Australian National University.