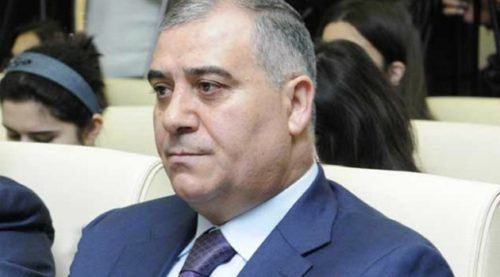 During the meeting, Naghiyev informed the guest about the work being carried out to strengthen stability and security in the country, expressed satisfaction with the mutual activity of the relevant state structures of the two countries in the fight against international terrorism, transnational organized crime and other negative phenomena.

Thanks to the joint efforts of the presidents of Azerbaijan and Pakistan, reliable partnership and friendly relations have been established between the sides, important steps have been taken to establish close cooperation in the field of combating possible threats to security and stability.

Highlighting the support rendered to Azerbaijan by fraternal Pakistan and people during the 44-day Armenia-Azerbaijan Nagorno-Karabakh war, Naghiyev expressed gratification with the level of relations between the security agencies of the two countries.

Naghiyev stressed the importance of such regular meetings for the further development and expansion of these ties.

In turn, Bajwa stressed that these meetings serve to strengthen and intensify bilateral partnership.