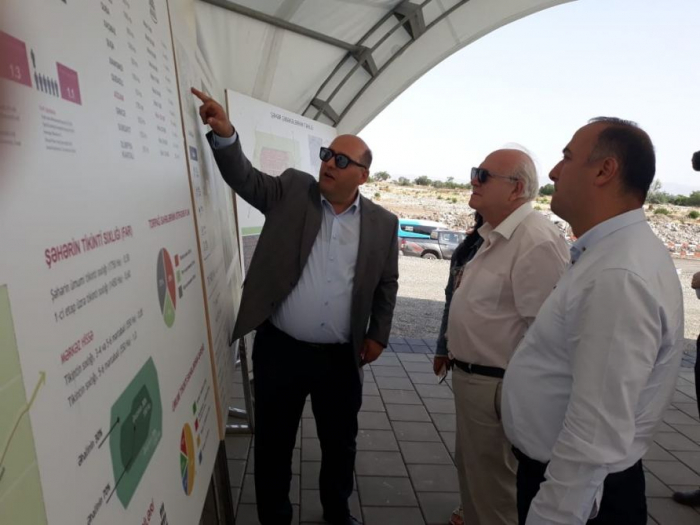 High Representative for the UN Alliance of Civilizations Miguel Ángel Moratinos, after a trip to Azerbaijan’s Fuzuli district, where he saw the consequences of the barbarism of the Armenians, arrived in Aghdam district on June 22, AzVision.az reports.

The UN high representative was informed about the history of Aghdam, its current condition, Armenian fascism and vandalism in relation to the historical, religious and cultural monuments.

Special representative of the president of Azerbaijan Emin Huseynov informed Moratinos, who reviewed the general plan of Aghdam, about the creative work to be done here.

Huseynov stressed that during the visit of the president to Aghdam on May 28, the foundation for a highway, a residential building, an Industry Park, a new building of school # 1 was laid and trees were planted in the forest park.

In accordance with the General Plan, the territory of Aghdam city is 1,750 hectares and gardens will be created around the city on a 2,450-hectare-area. The smart social infrastructure will be created in the city, 15 schools and kindergartens are planned to be built.

Initially, a big forest park stretching 125 hectares will be created in Aghdam. The Aghdam Canal which is being restored will pass through the city and water will drain into the lake that will be created here.

An Industry Park will also be built in Aghdam, which will be divided into social and technical zones, as well as the sectors for food and light industry, services, big industrial enterprises.

The bases for the sale of building materials and a park for vehicles will be created in the Industry Park.

The strategic and geographical location of Aghdam in the future will expand the possibilities of the district to turn it into an industrial center of the Nagorno-Karabakh region.