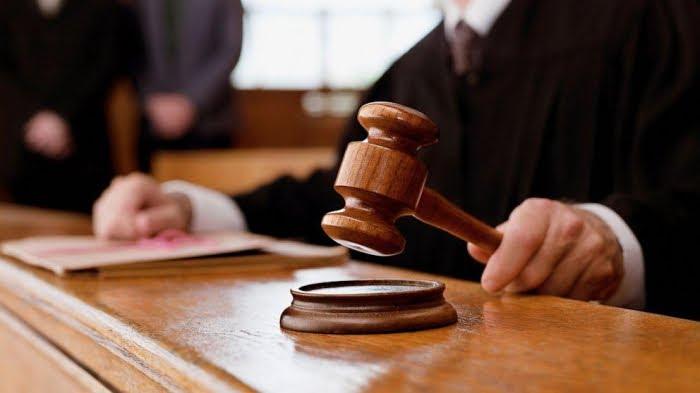 The Baku Court on Grave Crimes on Wednesday commenced a trial on the criminal case of another terrorist armed group consisting of Armenian citizens.

At the trial, chaired by Judge Azad Majidov, the personal data of the accused was clarified.

The lawyers filed a petition to hold all court hearings with audio and video recordings.

The judges then explained to the accused their rights. The accused were provided with a lawyer at the expense of the state.

A trial over members of another terrorist armed group consisting of Armenian citizens started at the Baku Court on Grave Crimes, AzVision.az reports on June 23.

At the trial, chaired by Judge Azad Majidov, the personal data of the accused is being clarified.

As earlier reported, the preliminary investigation of the criminal case initiated by the Main Investigation Department of the Azerbaijani State Security Service against the members of the Armenian armed formations disarmed as a result of the anti-terrorist operation of the State Security Service on December 13, 2020, who committed terrorist-subversive and other criminal actions on the Azerbaijani territory, has been completed.