"They beat me and broke my nose" - former Azerbaijani captive 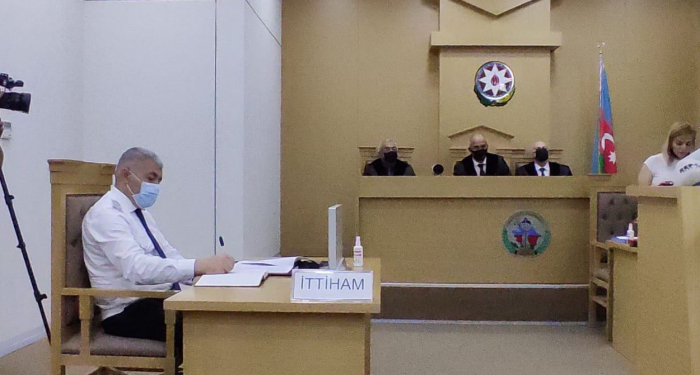 "I was called up for military service in January 1994. On February 14, it was a blizzard, and we lost track in the mountains," said a victim Kamil Babayev.

Babayev made the remarks at the trial on the criminal case of Armenian war criminals Ludwig Mkrtychyan and Alyosha Khosrovyan, who tortured Azerbaijani captives and committed other crimes during the First Karabakh War, AzVision.az reports.

He said that the Armenian servicemen broke his tooth when he was captured: "We hid in the bottom of the village, and saw 3-4 people coming from below. When they saw us said: Don't be afraid, we are the children of Dashkasan." Then we also joined them. After a while, they took our luggage and weapons as if to help. After handing over our guns, they hit us from behind, and we lost consciousness. When we woke up, we saw that our hands were tied. We were taken to a steep place in Kalbajar. My leg was tied to the leg of my other captive friend so that we could not escape. When we reached Kalbajar, the Armenian military began to attack and beat us. Those who took us captive stopped them. Then they brought us to the military unit and put in a place with an iron gate. One of the soldiers tried to pull out my titanium teeth with pliers but failed and broke my teeth.

Then they took me to Aghdam and then Khankendi. I was hungry and thirsty and was repeatedly beaten. Three months after the captivity, I was given cold water to bathe. While in captivity, they beat me and broke my nose. I met Mkrtichyan and Khosrovyan in Shusha prison. They kicked, punched, and beat me with the armature. We were forced to work in the construction of a house in Khankandi. Then, they handed us over to Mkrtichyan and Khosrovyan. They also hit us. I'm still suffering from a nervous breakdown. "