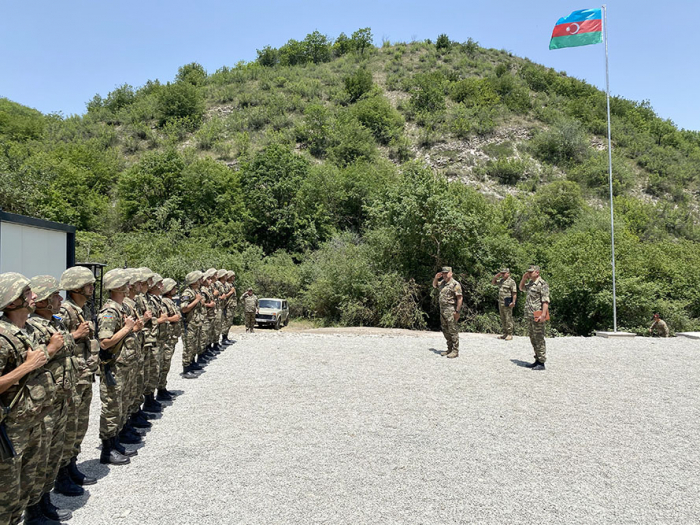 Activities on the comprehensive provision of Azerbaijan Army Units stationed in the liberated territories, the further improvement of social and living conditions of military personnel and organization troops' service held in accordance with the order of the President of the Republic of Azerbaijan, the Supreme Commander-in-Chief of the Armed Forces, Mr. Ilham Aliyev, are being continued, AzVision.az reports citing the press service of the Ministry of Defense of Azerbaijan.

A new modular accommodation point consisting of various devices equipped with modern equipment was commissioned to organize the service and combat activities of military personnel and provide living conditions.

Speaking at the opening ceremony, Commander of the Army Corps, Major General Mais Barkhudarov noted that there is a weapon room, a dormitory, a canteen, a kitchen, as well as a bathroom in the modular facilities that will meet all the needs of the servicemen. At the same time, the complex has service rooms for officers and warrant officers, a medical point, a food warehouse for storing food, a clothing depot, diesel generators, a boiler room, a drying room. Also, all opportunities have been created for the organization and conduct of combat duty and troops’ service at a high level.

It was noted that military personnel will be provided constantly with hot meals and household services due to the purchased new mobile equipment.

Relevant activities on laying new roads, electricity transmission lines, water, and gas pipelines to military units, positions, and posts stationed in the liberated territories, as well as organizing combat duty and troops' service and building of new modular military units are being continued in accordance with the plan. 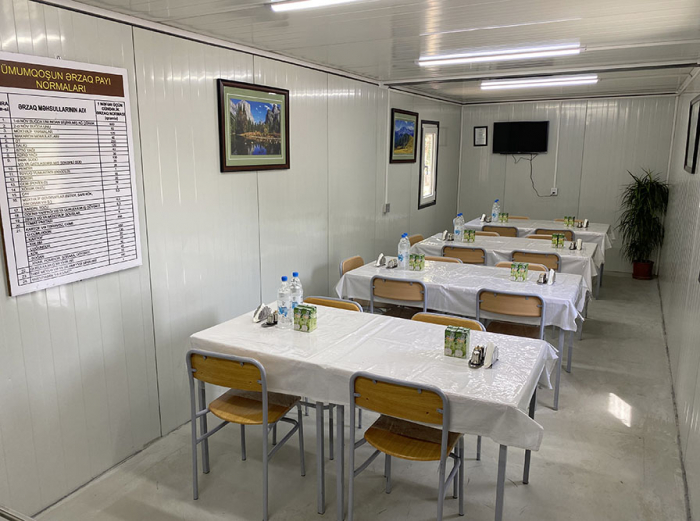 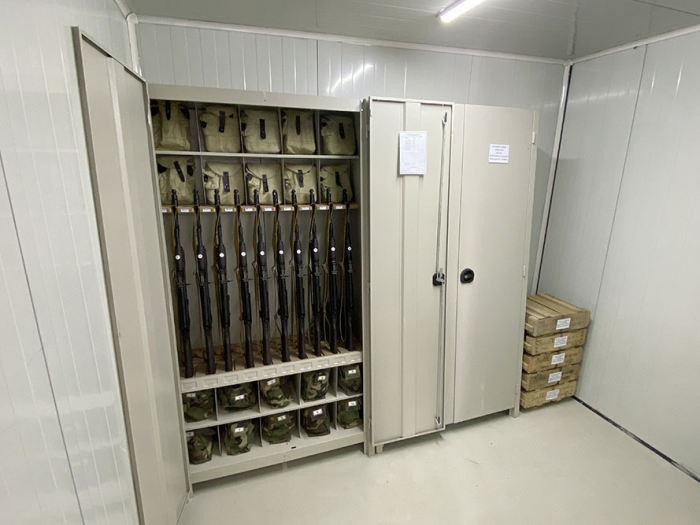 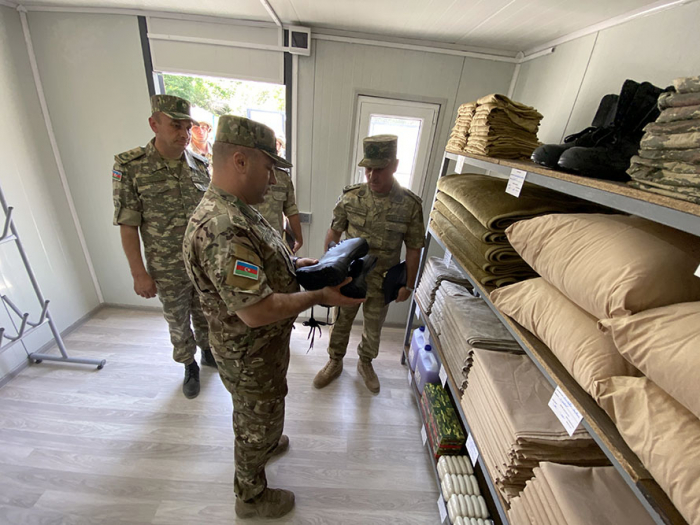