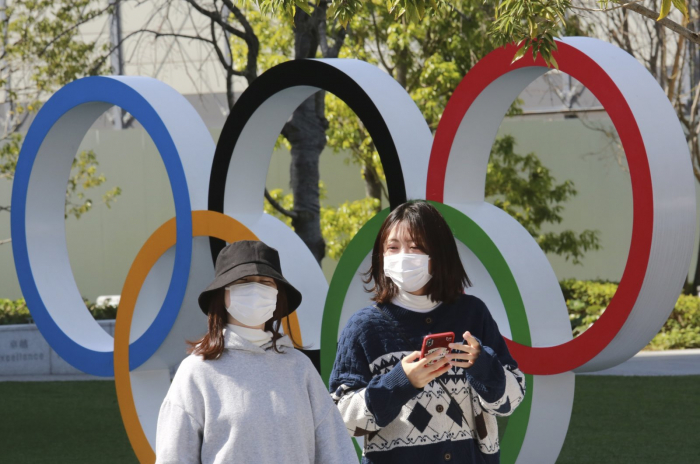 Tokyo marked one month until the start of the Olympics on Wednesday, with organizers banning the drinking of alcohol at games venues as they set out measures they hope will allow a safe event to be held amid the ongoing coronavirus pandemic, AzVision.az reports citing Kyodo News.

The organizing committee of the Olympics and Paralympics released safety guidelines for ticket holders, including banning loud cheering, the giving of high-fives and towel waving, in addition to prohibiting the sale of alcoholic beverages at venues and explicitly stating spectators must not bring their own.

With the one-month countdown clock now ticking, the committee also launched an official smartphone app, which will make available event results and the medal table.

The organizers have given the public and participants a better idea of what the Olympics will be like following an unprecedented postponement last year, having already barred overseas spectators in March.

They said Monday that venues can be filled to 50 percent of capacity, up to a maximum of 10,000 spectators, and left open the possibility of hosting the games behind closed doors if the infection situation worsens.

The committee said it will hold a lottery among ticket holders to determine those eligible to attend the opening and closing ceremonies, as well as over 90 sessions in athletics, baseball and six other sports.

The results of the lottery will be posted on its official ticketing website on July 6, less than three weeks before the opening of the Olympics. The committee said it will accept applications for ticket refunds starting the same day.

The spectator policy was made just after a COVID-19 state of emergency was lifted in Tokyo and some other parts of the country.

The Japanese and Australian softball teams will raise the curtain on competition on July 21 in the northeastern prefecture of Fukushima before the official opening of the Olympics. The athletes village will formally open on July 13.

Featuring some 11,000 athletes from around the world, 33 sports will be staged during the games that close on Aug. 8. In order to reduce the risk of infections, athletes will be kept in a "bubble" and will not be allowed to interact with locals.

The International Olympic Committee has set the deadline for the qualification period to end next Tuesday and the athletes' registration period on July 5.