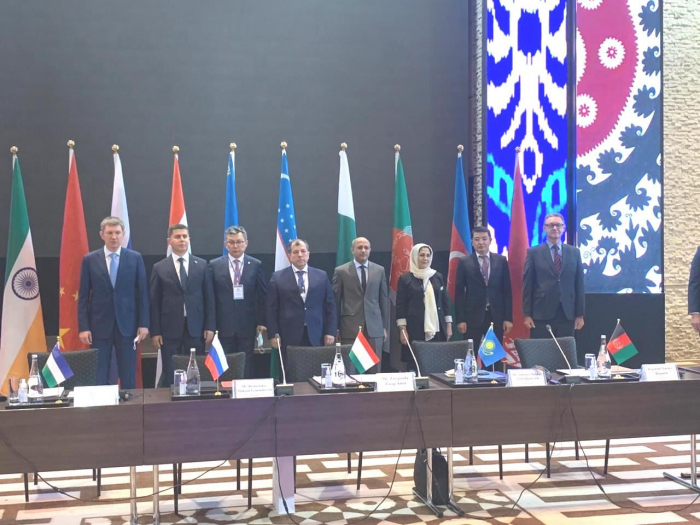 Azerbaijan was represented at the First Economic Forum of the Shanghai Cooperation Organization (SCO), the country's Ministry of Economy told AzVision.az.

The forum on the topic "Expanding cooperation in the digital economy, e-commerce and innovation" was held in the capital of Tajikistan, Dushanbe city.

Azerbaijan, which has the status of SCO partner country, was represented at the forum by a delegation headed by Deputy Minister of Economy Elnur Aliyev.

During the event, issues related to the 20th anniversary of the SCO, the transformation of the economy and the use of modern technologies in the field of digitalization, e-commerce and sustainable development, were discussed.

Speaking at the plenary session on the first day of the forum, Aliyev spoke about the work carried out in Azerbaijan in the direction of digitalization, innovation, the development of digital knowledge and skills, the development of human capital, flexible adaptation to the new challenges of the 4th Industrial Revolution.

As part of the forum, the deputy minister also held a number of meetings, during which bilateral economic and trade relations were discussed.

The thematic session of the forum discussed the implementation of the e-government system and the provision of public services in electronic format, cooperation in the development of the digital economy, and the promotion of the benefits of e-commerce.