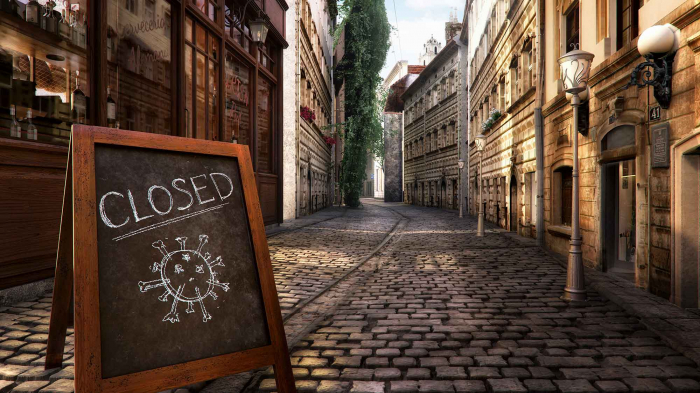 Ever since COVID-19 struck, scientists have been looking backwards in time, searching for the origins of the coronavirus, seeking to understand where and when the deadly spread began.

According to new research, it was most probably weeks before official records suggest.

New modeling of the outbreak proposes that the SARS-CoV-2 virus may have first begun infecting humans in China as early as October 2019, although mid-November is estimated to be the most likely timeframe.

That's significantly before the most widely accepted first case of the infection, which is early December 2019, based on an early assessment of patients with the novel coronavirus in Wuhan, China.

Amongst that group, the index case – aka patient zero – began showing symptoms of the infection on 1 December 2019. But just because that individual happened to be the first documented case doesn't mean the virus wasn't spreading earlier, unbeknownst to health authorities.

In fact, earlier transmission is the most likely scenario based on international data, according to a team led by conservation scientist David Roberts from the University of Kent in the UK.

In their study, the researchers repurposed a mathematical model from conservation science, called optimal linear estimation (OLE), which is traditionally used to infer species extinction dates based on their last reported sightings.

The same modeling techniques, however, have been used in many areas of science beyond conservation science – including fields such as archaeologyand phenology (the study of periodic biological events).

Here, the team used the model to hypothetically extrapolate the timing of COVID-19's origin, based on the international spread of COVID-19 cases to over 200 countries by early May 2020.

While the method can only give us an approximation – not a confirmation – of when COVID-19 began emerging in people, it gives us another valuable perspective on the likelihood of early, unknown transmissions that might have escaped the pre-pandemic world's notice.

"In the same way the extinction events are rarely observed, so too are origination events such as those of COVID-19," the researchers explain in their study. "Without rigorous tracing systems, dating the first cases has to be inferred."

In this case, the modeling suggests COVID-19 emerged in China well before December 2019, with the most probable first case occurring on November 17, although it could have been as early as October 4, the team suggests.

After taking hold in China, the virus then spread internationally, the researchers estimate, first to Japan on 3 January 2020, then Thailand on January 7, Spain on January 12, South Korea on January 14, and making it to the US on January 16.

While these are all only hypothetical estimates based on the modeling, many studies have suggested COVID-19 was circulating much earlier than we ever knew at the time, and the pre-December spread in China does match up with at least some previous findings.

"The recent joint WHO-China study on the global origin of SARS-CoV-2 found that, based on a review of molecular evidence, most point estimates place the most recent ancestor at between mid-November and early December, with a range from late September to early December," the researchers write.

That said, the researchers emphasize there are limitations with what OLE modeling can tell us, which need to be borne in mind.

"The predictions of the method are only as good as the data used, and the diligence and quality of COVID-19 testing and reporting within different countries is likely to affect our results," the team says.

Be that as it may, if we're ever to understand just how COVID-19 spread around the world the way it did, we shouldn't disregard any useful means of tracking cases – especially when we know we're bound to miss a lot of them.

The findings are reported in PLOS Pathogens.