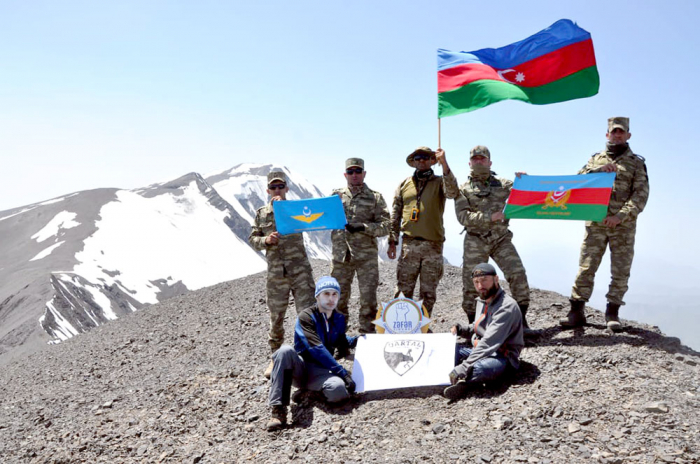 The expedition called “Karabakh is Azerbaijan”, held on the occasion of the 103rd anniversary of the establishment of the Azerbaijan Army, came to an end.

A group of servicemen of the Azerbaijan Air Force and climbers of the Gartal Mountain Sports Club participated in the expedition, the Defense Ministry told AzVision.az.

The expedition members under the leadership of the Air Force officer Lieutenant Colonel Zal Nabiyev, and with the participation of the head of the Gartal Mountain Sports Club, Rufat Gojayev marched to the “Zafar” peak in the territory of the Guba region.

The climbers conquered the “Zafar” peak, located at an altitude of 4301 meters above sea level, where they hoisted the State Flag of the Republic of Azerbaijan, as well as the flags of the Azerbaijan Army, Air Force, and Gartal Mountain Sports Club. 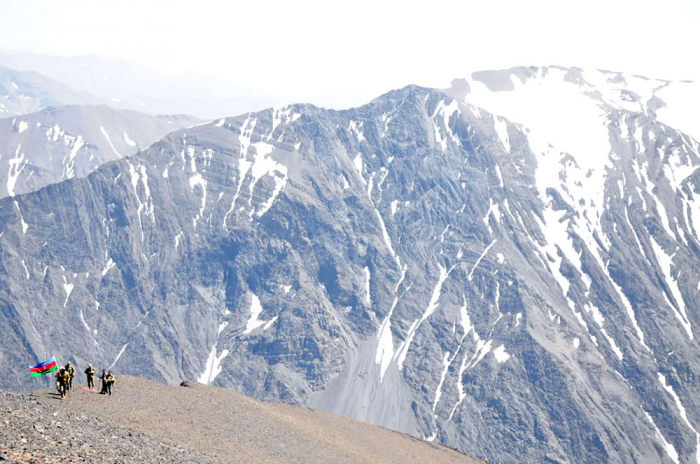