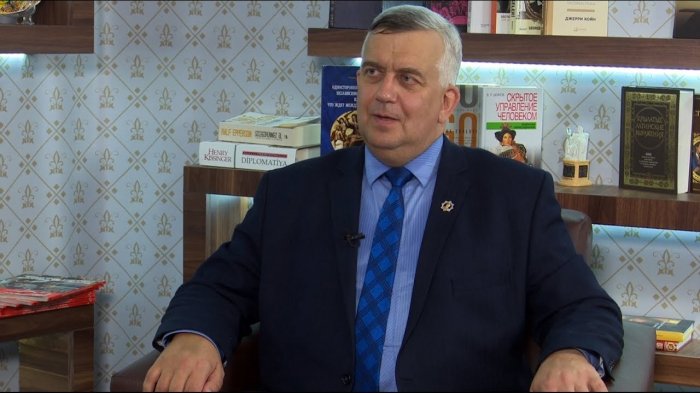 Armenia will have no future without solving three important problems, Russian expert says both before and after the snap parliamentary elections, Armenia faced and is still encountered with three global problems, which will have to be solved by the new parliament to be formed sooner of later, Oleg Kuznetsov, a Russian historian and political scientist, told reporters.

“The first problem is the official recognition of Karabakh as a part of Azerbaijan while the second one is the demarcation of the state border with Azerbaijan, followed by the signing of a peace treaty. The third is the opening of the Zangezur corridor,” he said.

Kuznetsov stressed that Armenia will have no future without solving all these three problems. “In any case, the population of this country and its leadership will have to choose between ambition and prosperity.

They will have to make this choice on their own,” the political scientist added. Kuznetsov also commented on the fact that Armenia is still talking about the nonexistent “Karabakh conflict”. The Russian expert said Armenia’s opinion on this issue can be disregarded as a statistical error.

“It is clear that such statements are aimed primarily for the internal audience to maintain faith in a bright future in a part of society. By doing so, official Yerevan plays up to some of its external partners. For example, French President Emmanuel Macron, who will have another election race for the presidency in 2022, and the votes of the Armenian diaspora will come in handy for him. If now Armenian officials suddenly declare that there is no longer any Armenian-Azerbaijani conflict, then Macron will look like a clown who does not understand the realities of the international situation, which will deal a serious blow to his already low electoral rating,” Kuznetsov said.