Life on Venus would have to be a 'New Type of Organism', astronomers claim 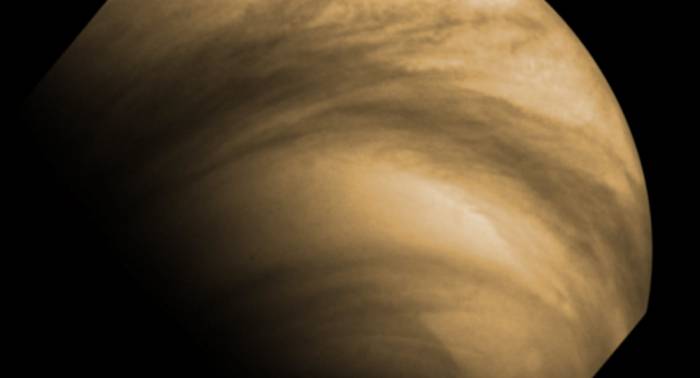 If life exists on Venus, it's not like any organism that's ever been encountered on Earth, scientists claim in a new study.

In late 2020, the question of Venus's potential habitability sprang into focus, thanks to the detection of phosphine in the planet's atmosphere, which some scientists suggested might be evidence of a biosignature, hypothetically speaking.

While there's been a lot of back and forth among researchers on this particular topic, the discovery reignited interest in the idea that Venus – a famously toxic and hellish environment – might be able to support life.

Coincidentally, NASA is sending two new missions to investigate Venus – the first in decades – which could give us our best understanding yet of whether this inhospitable world may ever have been habitable.

Those future discoveries are still several years away, however, but new scientific findings published this week suggest we perhaps shouldn't hold our breath for signs of life on Venus any time soon.

According to an analysis led by microbiologist John Hallsworth from Queen's University Belfast, the lack of water availability in the clouds of Venus precludes life from living there – or, at least, life as we know it – as there simply wouldn't be enough water for organisms to function.

Calculating measurements of water activity – a thermodynamic parameter that is effectively equivalent to relative humidity in atmospheric considerations – the researchers found that Venus's atmosphere is far too parched for Earth-like organisms to survive.

"Water activity acts as a potent determinant of functionality for microbial cells, so is also a key determinant of habitability," the researchers write in their study.

Water activity is measured on a scale from zero (the minimum) to one (the maximum, akin to 100 percent humidity). As far as scientists know, biological functions in organisms cease to function below a water activity level of 0.585 – with the hardy xerophile fungus species Aspergillus penicillioidesdemonstrating the lowest known limit.

Unfortunately, Venus's dry clouds – made up mostly of sulfuric acid droplets – don't even come close to 0.585 in terms of water activity, sitting at about ≤0.004, the researchers suggest.

In other words, Venus's atmosphere is over 100 times dryer than this hypothetical life threshold, or, as the researchers put it, " two orders of magnitude below the 0.585 limit for known extremophiles".

By the same measure, Mars' atmosphere might also be considered too dry for life to function, although its water activity level of ≤0.537 is only slightly below the habitable range compared to Venus.

In terms of water activity, Jupiter's clouds do however show biologically permissive levels of water activity, but only between temperatures of –10 °C to 40 °C, but the researchers note that this is only a first step in assessing cloud habitability, as other chemical components in the clouds could affect it, too.

Similarly, water activity in Earth's atmosphere is suitable for life, but only in the lower troposphere, with the upper stratosphere and mesosphere being too dry to be habitable.

For other planets in the Solar System – including Saturn, Uranus, and Neptune – there is currently not enough data on their atmospheric consistency to perform the same sort of analysis, although this may change in the future, especially once the James Webb Space Telescope (JWST) becomes operational.

Of course, just because the atmospheres of Venus and Mars are dryer than the known limits of habitability for extremophiles on Earth, doesn't mean life in these places is entirely impossible.

Just that it must be very, very different to any organisms known to science. That's all.

"On the basis of the current study," the researchers explain, "we must imagine a qualitatively new type of organism to invoke a plausible story about life in the atmosphere of Venus, at least for life as we know it."