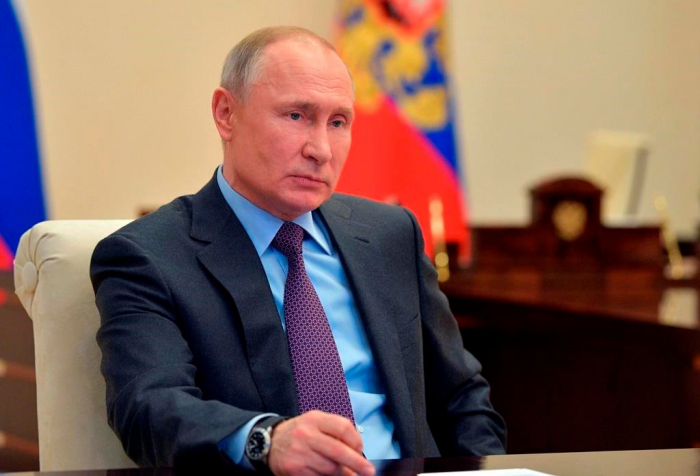 Russian President Vladimir Putin disclosed during his annual Q&A session on Wednesday that he had been inoculated with the Sputnik V coronavirus vaccine, AzVision.az reports citing TASS.

"As for me, when I did this and this took place in February, there were actually two [vaccines] in circulation: EpiVacCorona from the Novosibirsk-based Vector Center and Sputnik V, as you know. Both of them are good," the Russian president assured.

"I proceeded from the fact that I needed to be protected as long as possible, and I made my decision to get the Sputnik V jab," Putin said.

The Russian leader said that his daughter had also been inoculated with the Sputnik V jab and stressed that the vaccine was needed and it entailed no serious consequences.

"There are people with different bodily constitutions, with chronic diseases and the elderly, the so-called risk groups. [Here] this is life-threatening. The inoculation, however, is not dangerous, and we haven’t had a single complication in our country," the head of state noted.

Putin said he had for long refrained from specifying the vaccine he had been inoculated with in order not to create competitive advantages among the inoculations.