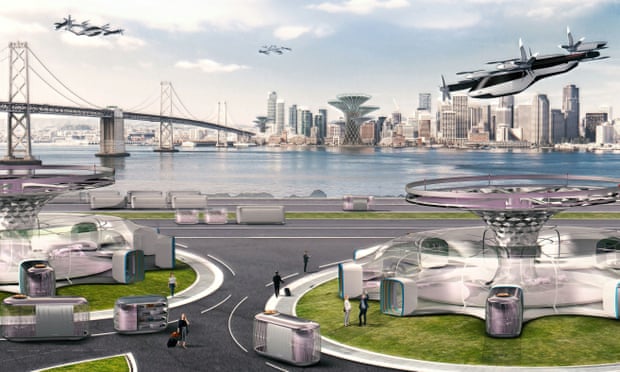 Flying cars will be a reality in cities around the globe by the end of this decade, according to a leading car manufacturer, and will help to reduce congestion and cut vehicle emissions, AzVision.az reports citing the Guardian.

Michael Cole, the chief executive of the European operations of South Korean carmarker Hyundai, said the firm had made some “very significant investments” in urban air mobility, adding: “We believe it really is part of the future”.

Cole conceded: “There’s some time before we can really get this off the ground.

“We think that by the latter part of this decade certainly, urban air mobility will offer great opportunity to free up congestion in cities, to help with emissions, whether that’s intra-city mobility in the air or whether it’s even between cities.”

He told a conference of industry group Society of Motor Manufacturers and Traders: “It’s part of our future solution of offering innovative, smart mobility solutions.”

The company showcased its flying car concept, developed in conjunction with the ride-sharing firm Uber, at the Consumer Electronics Show in Las Vegas in January 2020.

Hyundai is also involved in the UK’s first airport without a runway, designed for aircraft that are capable of electric vertical take-off and landing (eVTOL), scheduled to open in Coventry later this year.

The “urban airport” could be used by aircraft including air taxis and autonomous delivery drones.