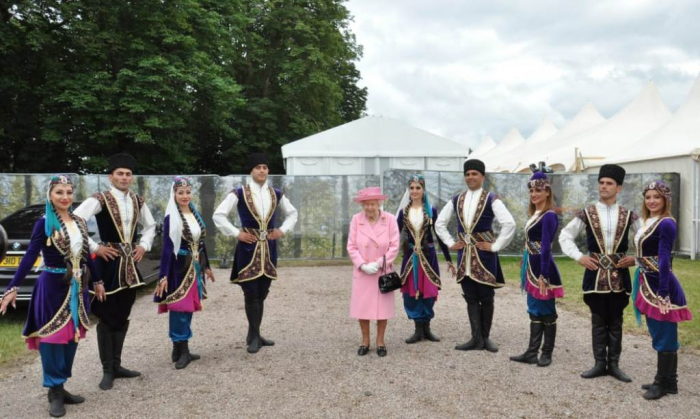 The participation of Azerbaijani representatives in the equestrian show, annually held in honor of the UK Queen Elizabeth II, became possible thanks to the special attention of Azerbaijan’s President Ilham Aliyev.

As part of the show, a special ‘Khary Bulbul’ composition was presented, which was watched by Elizabeth II and other members of the royal family. 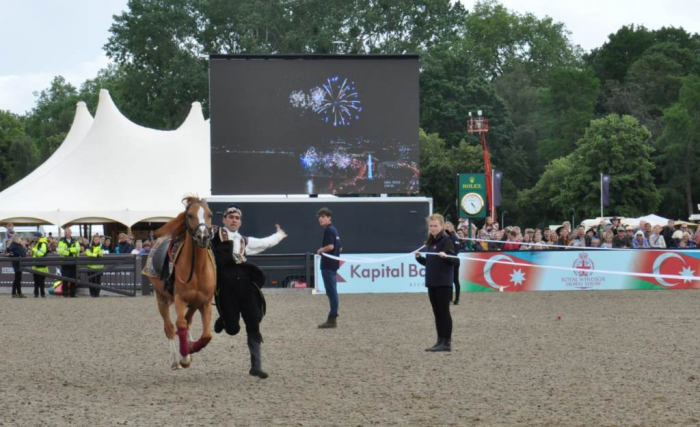 The equestrian detachment of the State Border Service on Karabakh horses and the Serhedchi dance ensemble in Azerbaijani national costumes performed in the composition dedicated to the victory of Azerbaijan in the 44-day Second Karabakh War (from late Sept. to early Nov.2020) and the sacred memory of Azerbaijani martyrs.

The spectators welcomed the state flags of Azerbaijan and the UK flying in the hands of the riders, the synthesis of elements of the Azerbaijani national dance with equestrian sports.

The brilliant performances of Azerbaijani representatives to the music of ‘Khudayar Tesnifi’, "Gaitagi" by Tofig Guliyev, ‘Love and Death’ ballet by Polad Bulbuloglu were accompanied by a demonstration of magnificent landscapes of Azerbaijan, including the liberated Karabakh [which was liberated in the 44-day war] and surrounding districts, on large screens. 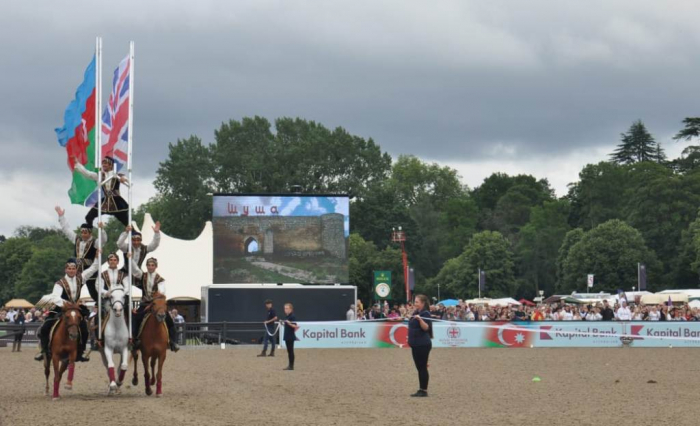 The program, which was developed with the support of the Heydar Aliyev Foundation, headed by the First Vice-President of the Republic of Azerbaijan, Mehriban Aliyeva, and organized by the Azerbaijan Equestrian Federation, expressed the rich culture, heroism, courage and fearlessness in the unique beauty of the Karabakh horses, our national music and dances of the Azerbaijani people. 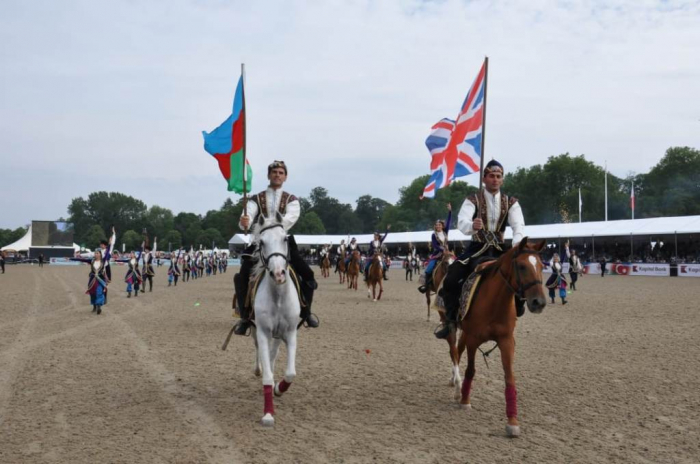 Azerbaijani music, which has already become an integral part of this international equestrian event, the national dances and especially the remarkable performance of the Karabakh horses, the national horse breed, as always, aroused great interest among the British aristocracy and celebrities, who thanked the Azerbaijani delegation for the positive emotions.

The performances of the Azerbaijani representatives were broadcast live and became the subject of discussion for equestrian sports fans, users of social networks and specialized information resources. Various extreme movements of Azerbaijani riders, in particular the skillful performances of the main characters of the event - the Karabakh horses, were widely covered on authoritative websites of the UK, and the program presented by the Azerbaijani delegation was called magnificent and amazing.

All this became a continuation of large-scale, consistent and purposeful measures taken to further popularize national horse breeds in the world in accordance with the instruction of the Azerbaijani President Ilham Aliyev, and contributed to the development of cultural ties between Azerbaijan and the UK.