An-26 plane crash debris discovered four kilometers away from airport 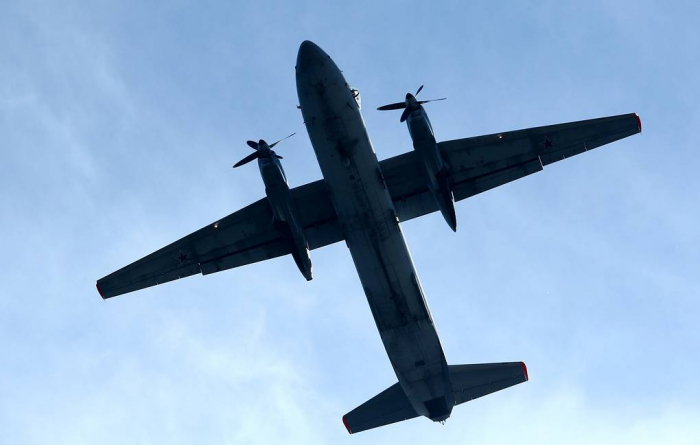 Wreckage from the An-26 plane disaster over Kamchatka has been found 3.8 kilometers away from the local airport, a source in the Ministry of Emergency Situations told reporters, AzVision.az reports citing TASS.

"The plane’s debris has been discovered 3.8 kilometers away from the airport. A group of 26 rescuers is heading to the site on all-purpose vehicles," the source said.

The Ministry added that darkness and the high tide are complicating the operation.

According to Governor Vladimir Solodov of the Kamchatka Region, ground search teams have been dispatched to the location of the wreckage.

"Just 30 minutes ago, from the air, we discovered what we believe is the plane’s debris about 5 kilometers north of Palana. The plane’s fuselage is lying on the shore, while the rest of the aircraft is scattered over the coastal area. I emphasize that is presumably. Ground rescue teams and specialists are currently heading to the site in order to ensure that this is the missing plane. We would only be able to make conclusions after that," the governor insisted.

The Federal Agency for Air Transport disclosed that the crash site has been pinpointed about 4 to 5 kilometers away from the airstrip.

"The discovery location is about 4 to 5 kilometers away from the airstrip towards the coast. Rescue teams have discovered the wreckage. Considering the geographical features of the location, the rescue operations are complicated. The search group has commenced the rescue endeavor. The mission involves 26 rescuers and an all-purpose vehicle," the agency said.

The aforementioned An-26 plane belonging to the Petropavlovsk-Kamchatsky Air Enterprise went missing on July 6. It was headed from Petropavlovsk-Kamchatsky to Palana and carried 22 passengers and six crew members on board. The emergency services source told TASS that the plane stopped communication during its landing. One version suggests that the crash happened because of piloting error due to poor visibility. A criminal case has been initiated over violated rules of safety and air transport use.