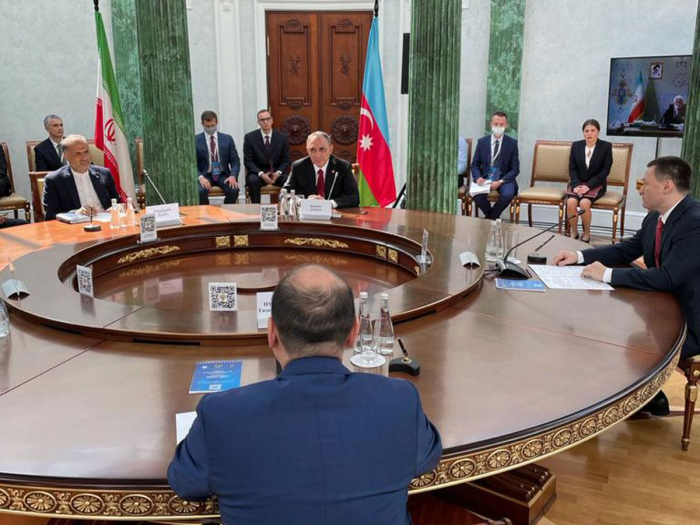 The prosecutors general of the five Caspian countries, namely, Azerbaijan, Russia, Iran, Turkmenistan and Kazakhstan signed a declaration on cooperation on the protection of the Caspian Sea, the Azerbaijani Prosecutor General's Office told AzVision.az.

A delegation led by Azerbaijani Prosecutor General Kamran Aliyev is on a visit to Russia’s St. Petersburg city to participate in the conference of the heads of the European prosecution bodies, which is being held on July 7-8 jointly organized by the Prosecutor General's Office of the Russian Federation, the Council of Europe and the International Association of Prosecutors.

While opening the conference, Prosecutor General of Russia Igor Krasnov spoke about the role of the prosecutor's office in protecting the rights of individuals and public interests in the context of the requirements of the European Convention on Human Rights.

The role of the prosecutor's office in protecting human rights, the need to develop the prosecutor's office system in accordance with the modern challenges, the importance of expanding multilateral cooperation between prosecutors in the fight against organized crime, including cybercrime, crimes committed by using digital currencies and in other spheres were emphasized.

On the same day, the prosecutors general of Azerbaijan, Russia, Iran, Turkmenistan and Kazakhstan signed a declaration on cooperation in the field of environmental protection and the use of natural resources of the Caspian Sea.

During the visit, the Prosecutor General of Azerbaijan Kamran Aliyev met with the Iranian Ambassador to Russia Kazem Jalali.

Kamran Aliyev stressed that the internationally recognized territories of Azerbaijan, which were under Armenian occupation for almost 30 years, were liberated by the valiant Azerbaijani troops under the leadership of the president of Azerbaijan, victorious Supreme Commander Ilham Aliyev.

“Azerbaijan restored its territorial integrity within the norms and principles of international law, including resolutions of the UN Security Council,” Aliyev added. 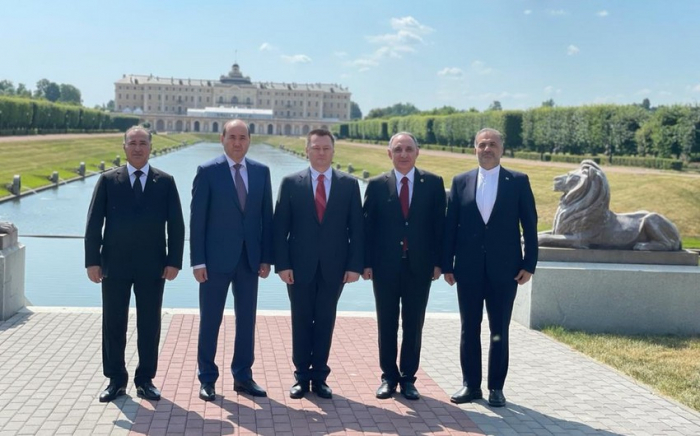 Jalali congratulated Azerbaijan and Azerbaijani people on the historic victory and stressed that the Azerbaijani-Iranian border has been fully restored.

The issues of cooperation between the two countries in the law enforcement sphere, including legal assistance in criminal cases and extradition, were also discussed.