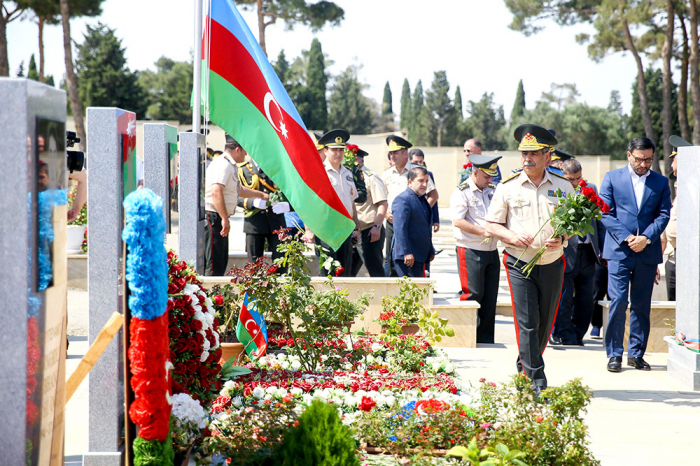 On the occasion of the Tovuz battles’ anniversary, the leadership of the Ministry of Defense visited the Second Alley of Shehids on July 12, AzVision.az reports citing the press service of the Azerbaijani MoD.

At first, the memory of sons of Motherland, fallen Shehids (Martyrs) for the independence and ensuring the territorial integrity of Azerbaijan, was honored with observing a minute of silence, and prayers were made for their souls.

Then, the flowers were laid the graves of the Shehids fallen in battles to suppress provocations committed by the Armenian armed forces in the Tovuz region of the Armenian-Azerbaijani state border in July 2020, and of all the Shehids buried here.

A series of events dedicated to the anniversary of the Tovuz battles continue.