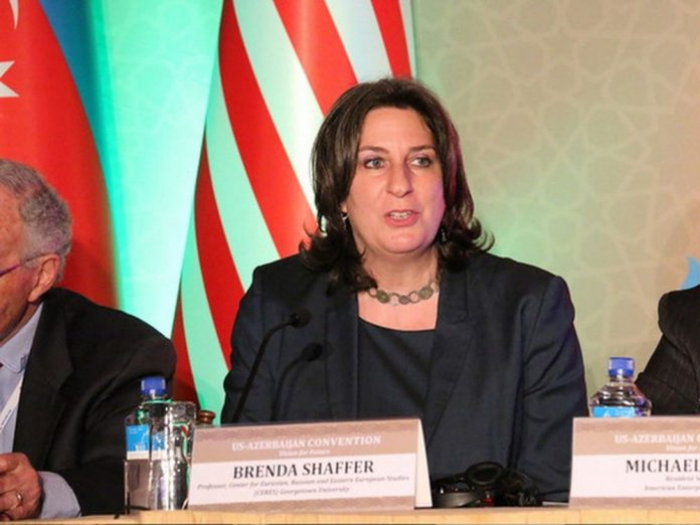 During the Tovuz battles, Armenia sought to deter Azerbaijan from retaking the control of occupied Nagorno-Karabakh and surrounding territories, Brenda Shaffer, Professor of Georgetown University and senior advisor for energy at FDD, tweeted, AzVision.az reports.

Shaffer noted that the Tovuz battles were the opening of the September 2020 full-scale war.

“Today marks the one-year anniversary of the first phase of the 2020 Armenia-Azerbaijan War. Armenia launched a surprise attack before Azerbaijan opened the Southern Gas Corridor gas network. Armenian troops tried to gain control of the Qaraqaya Heights in Azerbaijan. In parallel with the attacks at Tovuz, Armenian troops shelled Nakhchivan. Armenia's attempt in July 2020 to open new fronts was in line with Armenia’s Defense Minister’s David Tonoyan’s doctrine of “new wars for new territories”.”

“Azerbaijani troops were killed, including an Azerbaijani general, Major General Polad Hasimov, and 4 Armenian troops in the counterattacks. It was the opening of the September 2020 full-scale war,” she wrote.

Shaffer added that during the Tovuz battles, Armenia sought to expand the arenas of fighting between Armenia and Azerbaijan, in order to deter Azerbaijan from retaking control of occupied Nagorno-Karabakh and surrounding territories.