COVID-19 deaths on the rise again globally - WHO 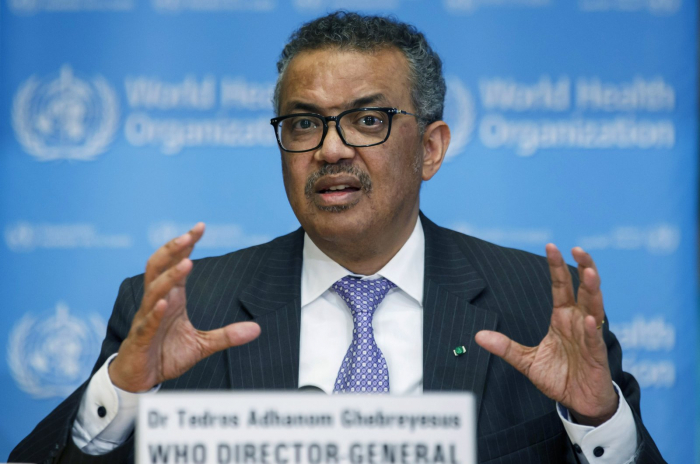 After 10 weeks of decline, COVID-19 deaths are increasing again with the virus “ripping around the world at a scorching pace,” the World Health Organization head said on Monday.

Tedros Ghebreyesus was speaking at a twice-weekly WHO webinar on COVID-19. He said that last week marked the fourth straight week of increasing virus cases globally.

“We continue to hear reports from all regions of the world about hospitals reaching capacity,” said the Tedros said, urging the more affluent countries to share their vaccines with poorer nations.

“In places with high vaccination coverage, the Delta variant is spreading quickly, especially infecting unprotected and vulnerable people and steadily putting pressure back on health systems,” he added.

He said that even countries that successfully managed to ward off the early waves of the virus, through public health measures, now face devastating outbreaks.

“Particularly in low-income countries, exhausted health workers are battling to save lives in the midst of shortages of personal protective equipment, oxygen, and treatments,” said the WHO chief.

Tedros said that vaccines had never been the way out of this crisis on their own, “but this current wave is demonstrating again just what a powerful tool they are to battle back against this virus.”

The Delta variant is now in more than 104 countries, and WHO expects it to be soon the dominant COVID-19 strain circulating worldwide.

“My message today is that we are experiencing a worsening public health emergency that further threatens lives, livelihoods, and a sound global economic recovery,” Tedros said.

Separately, responding to a question by Anadolu Agency, WHO spokesman Tarik Jasarevic said that the health agency had designated a new variant of Interest: Lambda.

“WHO has been monitoring this variant for a while. The earliest sequenced samples of Lambda were reported from Peru in August 2020,” said the WHO spokesman.

“There is increasing evidence that this variant is overtaking other virus variants in some countries that are seeing an increase in cases,” and the variant is believed to be in 29 countries.