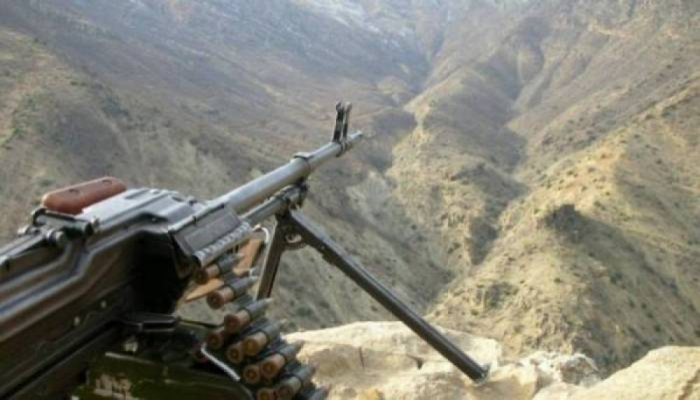 A fire broke out in front of and around the positions of the Azerbaijani Army in the direction of Sadarak region, the Nakhchivan Autonomous Republic after the Armenian armed forces opened fire on Wednesday, Nakchivan’s Ministry of Emergency Situations told AzVision.az.

As a result of the shelling, an employee of the Ministry of Emergency Situations, Major Elvin Ahmadli was wounded in the shoulder. He was rendered first aid.

It should be noted that at about 10:00 on July 14, the Armenian armed forces fired at the positions of the Azerbaijani Army located in the direction of Sadarak region of the Nakhchivan Autonomous Republic on the Armenian-Azerbaijani border using various weapons. As a result, Azerbaijani serviceman Ibadulla Mardanli was wounded, the Azerbaijani Defense Ministry said. The wounded man received first aid and was evacuated to a medical facility.

The enemy was silenced by retaliatory fire. At present, the situation in this direction is stable, the operational conditions are under the control of Azerbaijani units.