East and West Zangezur belong to Azerbaijan:  A Look into History 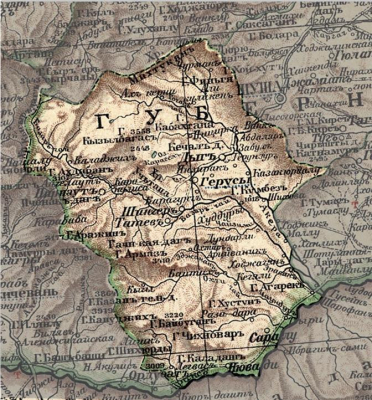 The issue of the Zangezur corridor has come onto the agenda following Azerbaijan’s glorious victory in the Second Karabakh war. Currently, works are underway in this direction and we will soon see the establishment of the great transport infrastructure  in our historical region Zangezur, which will change the economic situation of the region. However, that is not all…

Under the Decree signed by President Ilham Aliyev on July 7, East Zangezur economic region was established along with the Karabakh economic region. What is meant by "Zangezur" from the historical and geographical point of view; which area did these territories cover and how did its borders change? What is the history of the emergence of the concepts of West and East Zangezur?

“In those historical lands of Azerbaijan, Zangezur province was established in 1867. The province was included in Yelizavetpol (Ganja) Governorate. Gafan, Gorus, Mehri, Sisiyan, Lachin, Gubadli and Zangilan regions belonged to Zangezur province and the center was Gorus settlement”, Doctor of Philosophy in history and senior lecturer Vagif Gafarov told AzVision.az.

However, several undesirable political processes occurred. A day after Armenia’s Sovietization on November 29, 1920, the joint meeting of the political and organizational bureaus of the central committee of  Azerbaijan Communist Party was held. At the meeting, Zangezur and Nakhchivan were alloted to Armenia and Nagorno-Karabakh was granted the right to self-determination. The declaration known as “Narimanov declaration” was signed regarding this decision on December 1, 1920. In accordance with the Narimanov declaration, Zangezur and Nakhchivan provinces became part of the Soviet Armenia and Nagorno Karabakh was granted the right to self-determination. All military operations within Zangezur had to be stopped and the Soviet Azerbaijan had to withdraw the troops. At that time, Orcanikidze evaluated the Narimanov declaration as unprecedented historical decision of the mankind. 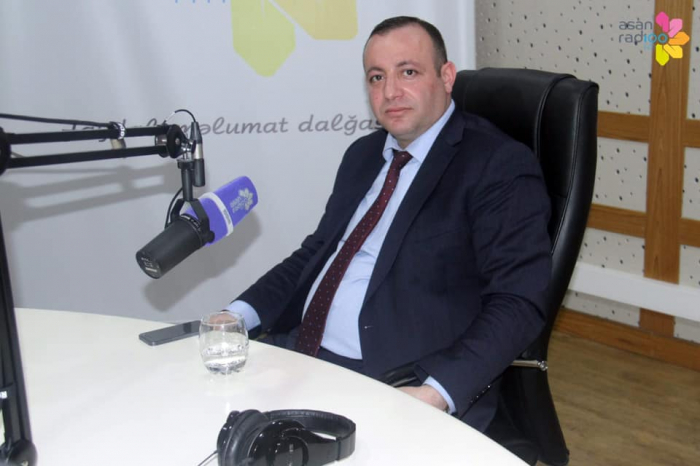 Stalin commented on the declaration: “On December 1, Soviet Azerbaijan voluntarily abdicated from disputed provinces and announced transfer of Zangezur, Nakhchivan and Nagorno-Karabakh to Soviet Armenia.” Indeed, Stalin's statement distorted the essence of the statement because according to that statement, Nagorno-Karabakh was not transferred to Armenia. The right of these territories to self-determination for Armenian population was recognized. However, the annexation of Nakhchivan to Armenia was prevented as a result of the principal position of the Turkish diplomacy at the Moscow and Kars conferences of 1921. However, Zangezur was divided into two parts. Gafan, Gorus, Mehri and Sisian regions were transferred to Armenia and Lachin, Gubadli and Zangilan regions were part of the Soviet Azerbaijan. However, the concepts of Eastern and Western Zangezur emerged. The Western Zangezur was transferred to Armenia and the Eastern Zangezur belonged to Azerbaijan. So, the history of the Eastern and Western Zangezur starts from the end of 1920.

Historian said that the population who lived in Zangezur had been Turkish Muslims throughout history. Nearly more than 40 thousand Armenians were moved to Azerbaijani territories from Iran following the Treaty of Turkmenchay signed between Russia and Iran. At the same time, nearly 100 thousand Armenians moved into the Caucasus following the Treaty of Edirne signed between Russia and the Ottoman Empire in 1829. The majority of Armenians were settled in Yerevan Governorate and Karabakh. Until then, Armenians didn’t make up 3-5% of the population living in these lands. Throughout history, there were no Armenians in Zangezur. There were Armenians in some areas of Yerevan province. The artificial settlement of the people in this region was carried out after the resettlement of Armenians as a result of treaties of Turkmenchay and Edirne. Following the Crimean War, the Russo-Ottoman wars of 1877-78, as well as the failure of the Armenian uprisings in the Ottoman Empire in the late 19th century, new waves of Armenian emigration to the Caucasus happened. The territories of Zangezur, as well as other territories of Azerbaijan, especially Yerevan and Yelizavetpol provinces, faced Armenian settlements. Resettlement continued in the early 20th century and during the First World War. Despite all these migrations, before the transfer of the western part of Zangezur to Armenia, Armenians were still a minority in these areas. Turkish-Muslims have always made up the majority.

Vasif Gafarov says that the establishment of the Eastern Zangezur economic region with the Decree by President Aliyev is a historical event: “Yelizavetpol Governorate consisted of several provinces: Yelizavetpol, Gazakh, Nukha, Eresh, Cavanshir, Shusha, Zangezur and Jabrayil. Current Eastern Zangezur covers the areas which have been part of Soviet Azerbaijan since 1920. Lachin, Gubadli, Zangilan and additionally, Jabrayil included here. The Eastern and the Western parts of Zangezur were connected not only historically, but also economically. However, these regions, which were part of East Zangezur, had an economic union. They established the same economic system. These regions will have a single economy in the future. "