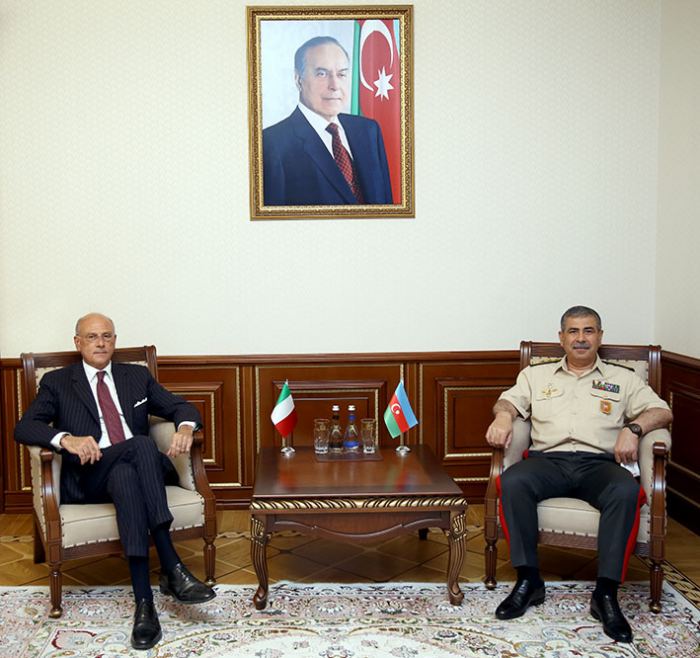 Congratulating the Ambassador on the beginning of his diplomatic mission in Azerbaijan, the Minister wished him success in expanding military cooperation between Azerbaijan and Italy.

Touching upon the situation in the liberated territories, including the Armenian-Azerbaijani state border, the Minister of Defense brought to the Ambassador’s attention that Armenia bears responsibility for the recent raising of tension.

The diplomat expressed satisfaction with the beginning of his mission in Azerbaijan as an Ambassador and said that he would make every effort for the development of the Azerbaijani-Italian relationship, in particular for cooperation in the military sphere.

During the meeting, the parties discussed the current state and prospects of military cooperation between the armies of the two countries, and also within the framework of NATO programs, as well as exchanged views on regional security issues.