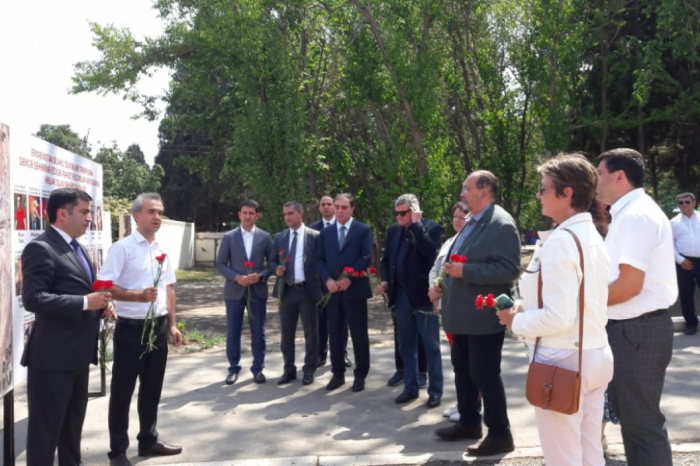 As part of a visit to Azerbaijan, members of the French National Assembly visited the country’s Ganja city to witness the crime scenes caused by Armenia’s missile attacks during the 44-day Patriotic War, AzVision.az reports.

The French deputies were accompanied by Soltan Mammadov, head of the interparliamentary working group with France at Azerbaijan’s Milli Majlis.

Mammadov said the French deputies noted that the picture they saw was worse than the one they imagined.

Mammadov noted that the French deputies will also visit Azerbaijan’s Aghdam and Fuzuli districts liberated from the Armenian occupation.