The parade of official delegations began at the opening ceremony of the Tokyo Olympic Games, AzVision.az reports.

The Azerbaijani team also took part in the parade.

They were accompanied by a delegation of 24 people, along with the chief de-mission of the national team and the sports manager of the Ministry of Youth and Sports, Farid Mansurov.

At the parade, the Azerbaijani team was the fifth in a row after Greece, the team of refugees formed by the International Olympic Committee, Iceland, and Ireland. 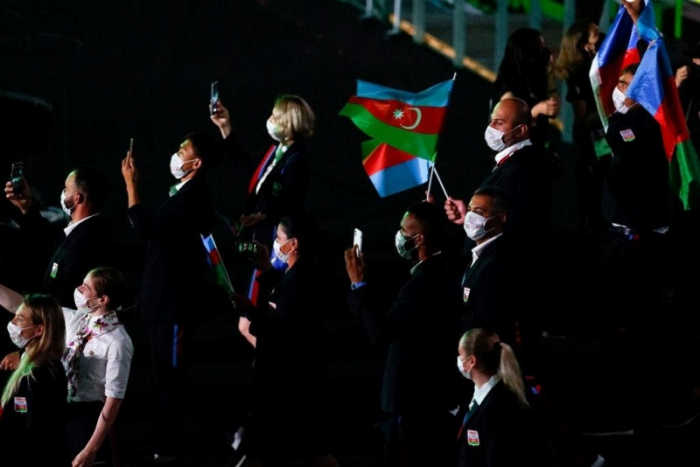