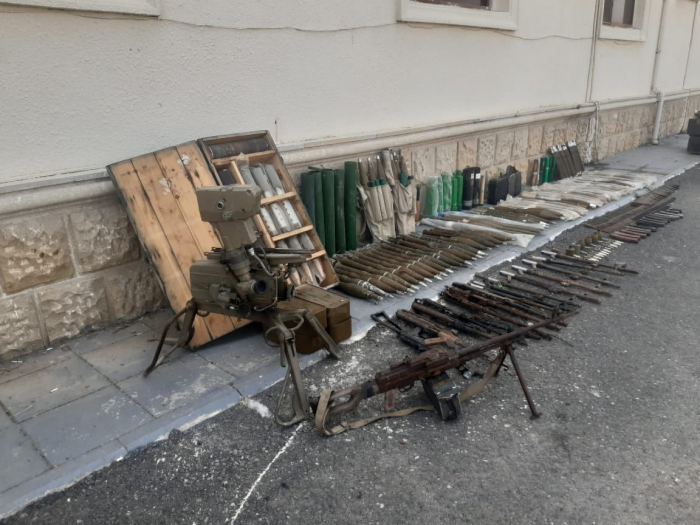 Numerous weapons and ammunition left by the Armenians were found in Azerbaijan’s Fuzuli district, Barda district group of the Azerbaijani Interior Ministry told reporters on July 23.

During the regular operations carried out by officers of the Fuzuli district of the Interior Ministry, seven assault rifles, one machine gun, one "Fagot" anti-tank missile system, 35 various grenades, 30 shells of various types, 4,850 cartridges of various caliber and other ammunition were found in July at the positions left by the Armenians in the territories of the district liberated from the occupation.

The employees of the National Agency for Mine Clearance of Territories of Azerbaijan also took part in the process of detecting and neutralizing ammunition.