Russia, US implementing agreements reached at Geneva summit to some degree - Kremlin 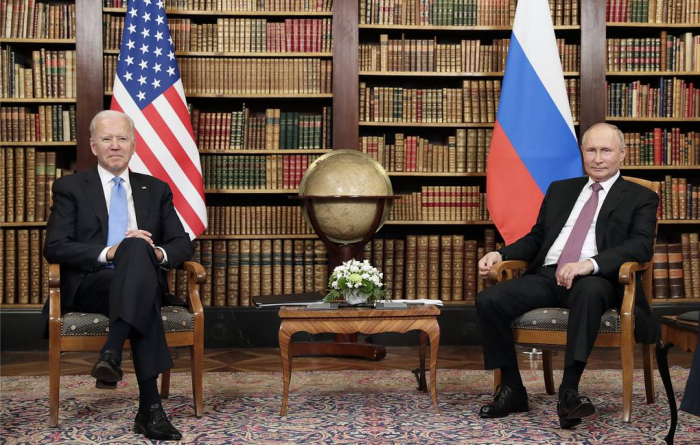 Moscow and Washington are, to some degree, implementing the agreements they reached at a summit held in Geneva in June, Kremlin Spokesman Dmitry Peskov told reporters on Tuesday, AzVision.az reports citing TASS.

According to him, the US and Russia maintain contact on cybersecurity and strategic stability. "[The agreements] are being implemented to some extent. The process got underway. It is a very complicated process and it’s too early to talk about any expectations. What is important is that there is contact. You know, it’s a very complicated matter," the Kremlin spokesman said, commenting on the current situation around the Russian-US agreements.

"Contacts on cybersecurity and strategic stability continue, all this contributes to the implementation of the agreements reached in Geneva," Peskov added.

On July 28, Geneva will host a new round of Russian-US consultations on strategic stability. Russia’s delegation will be led by Deputy Foreign Minister Sergei Ryabkov and the US one will be headed by Deputy Secretary of State Wendy Sherman. Ryabkov told TASS earlier that Moscow planned to thoroughly discuss all aspects of strategic stability issues, assess potential risks and challenges, as well as develop a framework for future joint activities in the field.

Presidents Vladimir Putin of Russia and Joe Biden of the United States held a summit in Geneva on June 16. It was their first face-to-face meeting as heads of state and the first Russia-US summit since 2018. The two leaders said in a joint statement that the parties planned to launch comprehensive dialogue on strategic stability. In addition, Russia and the US also intend to start consultations on cybersecurity, prisoner swaps and arms control.