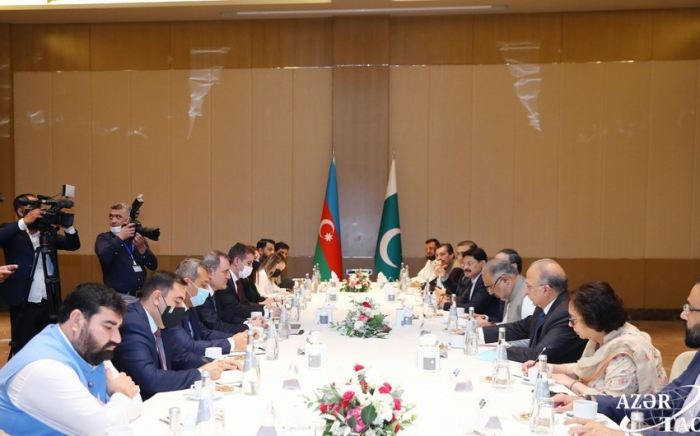 The speaker extended his congratulations on Azerbaijan’s Karabakh victory.

“It is an honor for us to support Azerbaijan. We believe that our relations will further strengthen and be stronger in the future,” he said.

“The Baku Declaration has opened a new path for the development of our relations in many areas. I believe that we will innovate, especially in the fields of education and energy. Azerbaijan has always been the closest country to us, and it will always be so,” he added.

“Azerbaijan has always felt the support of Pakistan, and this is a source of pride. Pakistan has provided moral assistance to Azerbaijan in liberating its territories from occupation,” Bayramov added.