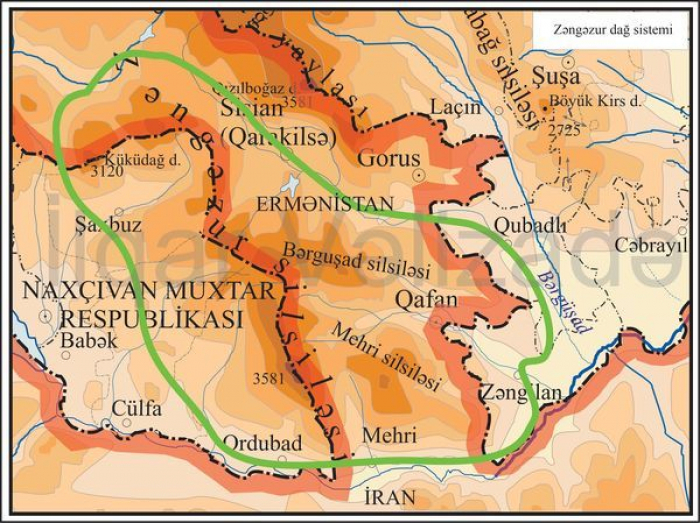 Instead of signing a peace treaty after the Second Karabakh War, Armenia continues to deliberately aggravate the situation along the border with Azerbaijan. Armenia keeps spreading disinformation to mislead the international community that the Karabakh problem is allegedly not resolved.

Yerevan is encouraged by some circles in the United States and France to take such steps. Meanwhile, Western Armenian-influences journalists try to again bring up this issue by asking officials about the so-called “status of Karabakh” during their visit to Baku and Yerevan. Despite the firm and unequivocal answers given by the President of Azerbaijan to these questions, Armenian authorities continued to raise the issue of “status” during their meetings with foreign diplomats and politicians.

President Ilham Aliyev’s latest extensive interview with Azerbaijan Television was a shock therapy for both Armenians and their patrons. By highlighting the importance of solving the issue of the Zangazur corridor, unblocking communications on a reciprocal basis, and signing a peace treaty that will contribute to lasting peace, President Aliyev decisively reiterated that the issue of “Nagorno-Karabakh” and “status” is out of the question.

“The Nagorno-Karabakh autonomous region was established in 1923 under the influence of Armenians represented in the USSR leadership. The autonomy established on the territory of Azerbaijan was against the people’s interests. During that period, Azerbaijan was forced to accept this decision. However, in 1991, the Azerbaijani Parliament made a very right decision to abolish the autonomy established without any legal basis. The fact that President of European Council Charles Michel did not use the words “Nagorno-Karabakh” during his recent visit to the region was a very wise step, of course. It was the step of a statesman. Armenia must draw the right conclusion. There is neither a status nor Nagorno-Karabakh,” President Aliyev said in his interview.

The Azerbaijani president’s remarks triggered serious controversy among the Armenian political elite. Armenia already sees that the issue of Zangazur, not Karabakh, is becoming a topic of discussion on the international agenda. Azerbaijani diplomacy has already forced Armenians and their supporters to take a defensive stance.