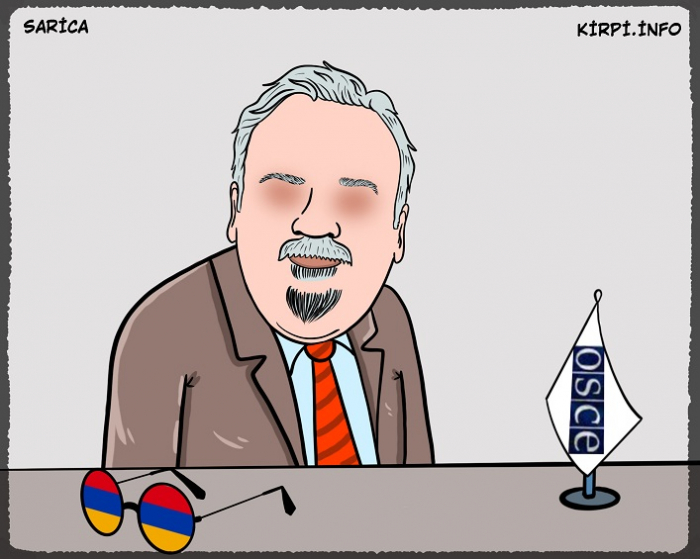 Even if the OSCE Minsk Group issued the statement regarding the recent incidents on the Armenia-Azerbaijan border, it is worth noting that this institution has not been able to do anything for the last 29 years. The Minsk Group should take lessons from the events that happened at the end of those meaningless 29 years. If they can't, let's help.

After its 29-year-old failed mission, it appears that in order to solve the problem, it is necessary to understand the root causes, instead of making general, regular statements. You cannot achieve anything with this kind of statement: "We are concerned", "tensions must be reduced", "provocative rhetoric must be stopped", "agreement must be fulfilled", "your pig must leave our field". We have heard all these over the past 29 years which did generate any results. The Minsk Group has not been able to move forward in 29 years because they have never ever stated that "Armenia must withdraw from the occupied territories."

So, if the Minsk Group tries to get out of the existential vacuum right after the settlement of the Nagorno-Karabakh conflict, it must stand where it is needed and cling to what is needed. Instead of repeating their 29-year-old mistake, they should show the cause of the tension at the border. They should clearly say that the borders must be delimited and a peace agreement must be signed. Only if the OSCE Minsk Group takes such a position, they can earn back that trust. Otherwise, it is better to stay in an existential vacuum.

The Minsk Group was established for the peaceful settlement of the Nagorno-Karabakh conflict on the basis of the OSCE principles. What is happening now cannot be explained as the "Karabakh conflict." The main cause of this tension is that if there are no borders and no demarcation line, the two sides may dispute over those areas. No one can judge them as there is no border. All claims will be unfounded until borders are not defined. For example, when Armenians say, "Azerbaijani soldier has crossed our territory," the question arises: From which border? If there are no borders, how can we determine who is crossing where ?! Can we define it with GPS and google maps ?!

Therefore, the party or mediator, who really wants to decrease tensions, should focus on the issues such as delimitation, a peace agreement, clear demarcation of borders and etc. All other worries do not make any sense from now on.

In fact, if the Minsk Group wants to change its specialization, there is a great job for them: the Nagorno-Karabakh conflict is over, but the Armenian-Azerbaijani conflict is still going on. To end this conflict, we need either the "iron fist" or effective mediation. And if the Minsk Group wants to go back to its work after 29 years long failed missions, this is its second chance but on one condition. The OSCE should follow the advice about putting pressure on Armenia to sign a peace agreement with Azerbaijan which they turned a deaf ear to it over the past 29 years.