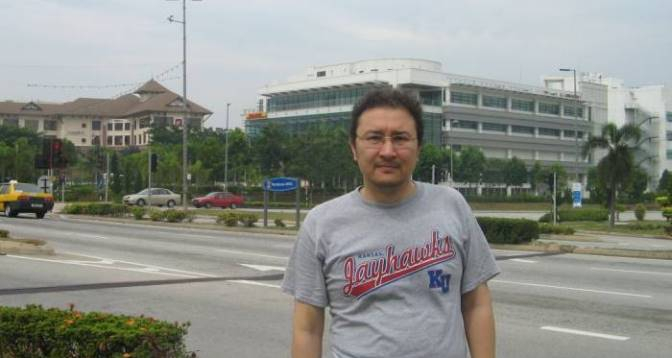 Dulatbek Kidirbekuli stated that Kazakhstan pursues a multi-vector foreign policy due to its geographical and geopolitical position, which is similar to other neutral states.

"Kazakhstan has good relations with both Azerbaijan and Armenia and even it once offered to play a mediating role in resolving the Nagorno-Karabakh conflict. We have to note that it had established relations with Armenia in the trade field only. When Armenia wanted to join the Eurasian Economic Union, Kazakhstan said it would not be possible without resolving the conflict. Armenia had to fulfil this condition. Kazakhstan has shown determination in this matter", Kidirbekuli noted.

The political scientist mentioned Kazakhstan's contribution to the restoration of the liberated territories of Azerbaijan adding that they could provide humanitarian aid, as well as investment projects: "Azerbaijan's liberated lands are magnificent and have beautiful nature. Supporting a multi-vector foreign policy means that our country will make its decisions based on the results of the agreement between Azerbaijan and Armenia. Kazakhstan does not intend to interfere as a third party. Only after mutual agreement, in order to use the Zangazur corridor, Kazakhstan will be able to transit from the Mangistau region to the Caspian Sea, and from there to Azerbaijan and gain the right to enter the territory of the Nakhchivan Autonomous Republic. Then we will have a chance to transit through the corridor to Turkey, as well as Iran “.

Kidirbekuli touched upon the ratification of the agreement on cooperation in the field of migration with Azerbaijan by the Kazakh parliament, noting that there are many factors:

"Of course, if we compare this agreement with the ones from China and India, which do not have common borders, I think this one is more acceptable. First of all, we are united by our Turkish brotherhood. Secondly, we were part of the Soviet Union. There is a large Azerbaijani diaspora in Kazakhstan. I think that all this helps to deepen relations. Not only do Azerbaijanis have the right to live in Kazakhstan, but also Kazakhs in Azerbaijan. I believe that this will contribute to the further revival and restoration of the liberated territories of Azerbaijan. If there is a need for labour from Kazakhstan, it is quite possible".

Note, Kazakhstan and Azerbaijan have recently discussed the implementation of joint projects. Azerbaijani Economy Minister Mikayil Jabbarov met with the chairman of Kazakhstan's Samruk-Kazyna JSC and KazMunayGas JSC to discuss cooperation in the fields of transport, logistics and oil and gas, as well as the implementation of joint projects between Azerbaijan and Kazakhstan.  Prior to this meeting, the Minister of Foreign Affairs of the Republic of Kazakhstan Mukhtar Tleuberdi paid an official visit to Azerbaijan.