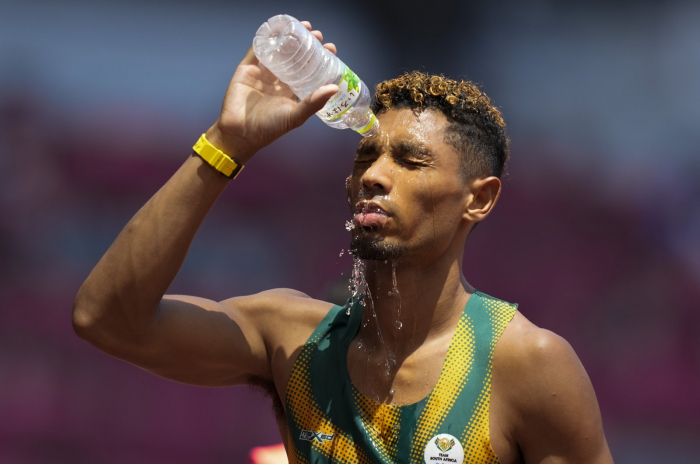 As Olympic athletes had to battle each other and Tokyo's oppressive heat for the podium on the third day Sunday.

Punishing conditions greeted athletes and officials as a trackside thermometer touched 40 degrees Celsius (104 degrees Fahrenheit) and the humidity hovered around 60%, with the sun beating down on an Olympic Stadium devoid of spectators due to COVID-19.

American Michael Norman, after finishing second in his 400 meters heat, said he has been drinking a lot of water for months in preparation as Tokyo is more humid than California. "I just got to make sure I'm hydrated."

The risks of heatstroke fatigue at one of the hottest Games on record are borne by the athletes, but also by the thousands of staff, especially at outdoor venues.

Organizers have deployed a host of tools – from mist-spraying stations to cooling vests to AI gadgets that warn of heatstroke risk – to beat the heat while handing out salt tablets and ice cream to volunteers.

Some 30 people involved in the organization of the Olympics have suffered heat-related illness so far though all had mild symptoms, Games Director-General Toshiro Muto said.

"Before the outset of the coronavirus problem, the important issue for the Tokyo Games was a response to heat illness," Muto told reporters.

"We looked into all sorts of scenarios to take thorough measures. I believe our steps have been working well so far."

The Games, from July 23 to Aug. 8, coincide with the year's hottest weather in Tokyo, where the temperature can top 35 degrees Celsius. The 1964 Tokyo Summer Olympics were held in October. 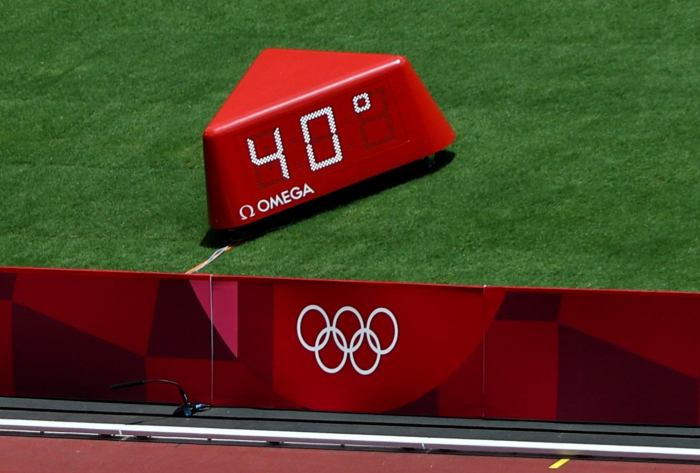 In 2013, defending the timing, driven by broadcast schedules at a time when the global sports calendar is otherwise light, the Tokyo bid committee promised "many days of mild and sunny weather," providing "an ideal climate for athletes to perform at their best."

But a study last year by a Games adviser, analyzing data back to 1984, found that Tokyo had the highest average temperature and precipitation of any host city for the period the Olympics were held. Tokyo's five hottest days since 1964 fell in or around the period of this year's Games.

Everone 'needs to deal with it'

"All athletes are provided with water and ice, and the medical team is observing them closely to make sure no one is showing signs of heat stress," Jeffery said, adding that "cold water immersion facilities" were available.

Bruno Schmidt, Brazilian 2016 gold medallist in beach volleyball, said the Games were hotter and muggier than he had expected. "The first two weeks here are one of the hottest that I had in my life, believe it or not."

Tennis world No. 2 Daniil Medvedev warned Wednesday that a player "can die" in the heat. The sports' governing body later agreed to delay match start times in response to similar complaints. 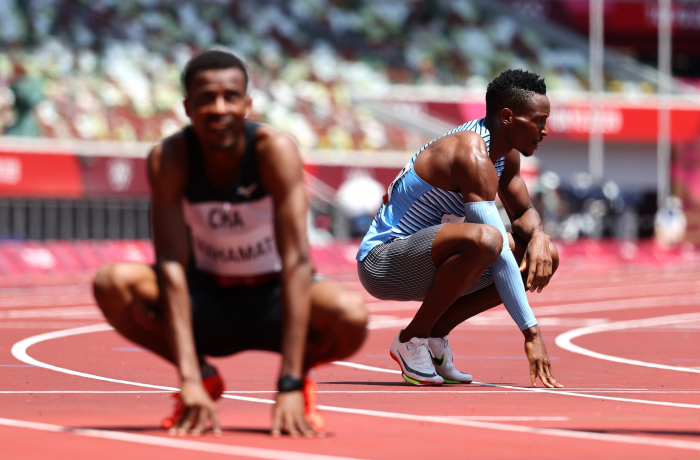 But South Africa's Wayde van Niekerk, 400-meter world record holder and 2016 gold-medallist, said that while it would be nice if the humidity could be dialed down, "every competitor needs to deal with it and we take it in our stride."

Hockey players, sweltering on an unshaded pitch, were given double the usual number of two-minute breaks.

At the equestrian cross-country course, France's Karim Florent Laghouag donned an ice vest, a wet towel and bags of ice around his neck after his ride.

"This is so good," he said, pointing at the vest as temperatures climbed well over 30 degrees Celsius.

Tokyo has also used roads that reflect heat or pavements that absorb water and the organizers moved the marathon and race-walk to the cooler northern city of Sapporo.