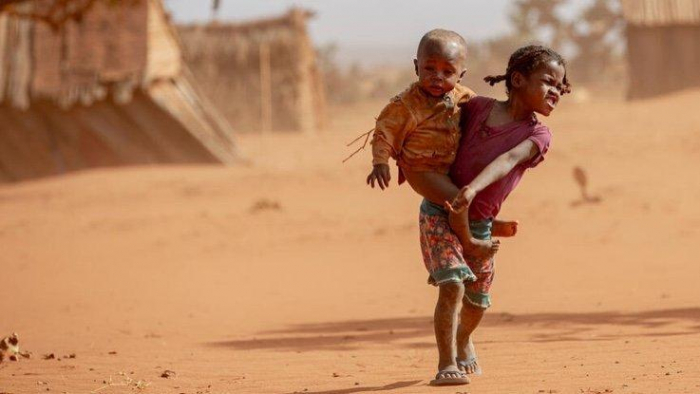 Over 20 'hunger hotspots' around the world are expected to encounter an increase in severe food insecurity over the next four months, according to a new report from the United Nations (UN).

"Families that rely on humanitarian assistance to survive are hanging by a thread," says WFP Executive Director David Beasley.

"When we cannot reach them, that thread is cut, and the consequences are nothing short of catastrophic."

Global food insecurity has dramatically increased in recent years, with another UN report published earlier this year finding that 155 million people were experiencing crisis-level food shortages in 2020 (an increase of 20 million from 2019).

The new forecast – which warns over 41 million people worldwide are now at risk of falling into famine or famine-like conditions – lists 23 hunger hotspots, with Ethiopia and Madagascar representing new highest-alert cases.

"The vast majority of those on the verge are farmers," says FAO Director-General QU Dongyu.

The situation in Ethiopia is worsened by armed conflict in the Tigray regionthat began last year, while Madagascar is currently experiencing its worst drought in 40 years, threatening tens of thousands of people with famine conditions this year.

While the nature of the food crisis in each country is different, UN researchers say the most common drivers of acute hunger issues are conflict, economic shocks (including those stemming from the COVID-19 pandemic), and natural hazard risks.

Because of the ongoing nature of these problems, vulnerable countries to food insecurity receive a variety of food assistance programs, but the UN says this life-saving aid frequently risks being cut off by armed conflict, blockades, and bureaucratic obstacles.

It's imperative that targeted humanitarian action counters the threat of these vital services being taken away, or situations involving hundreds of thousands of people can spiral from crises, to emergencies, to outright famines.

"It means authorities approving paperwork in time so that food can be moved swiftly, it means checkpoints allow trucks to pass and reach their destination, it means humanitarian responders are not targeted, so they are able to carry out their life- and livelihood-saving work."