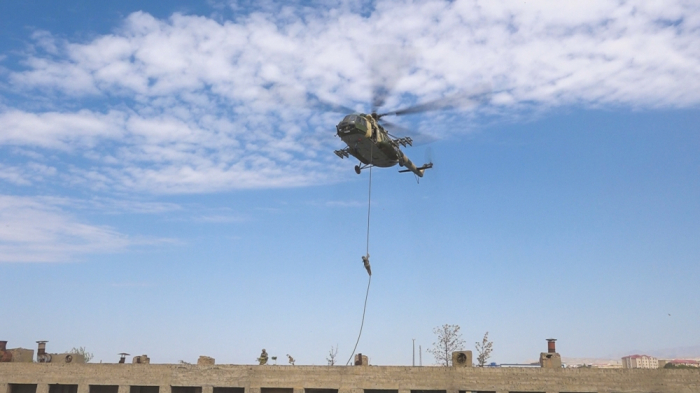 The subject of the tactical-special training held in accordance with the "Nakhchivan Garrison Troops Reconciliation Plan for the 2021 academic year" was to neutralize the sabotage and subversive group of a conventional enemy, which was preparing to create panic and sabotage among the civilian population.