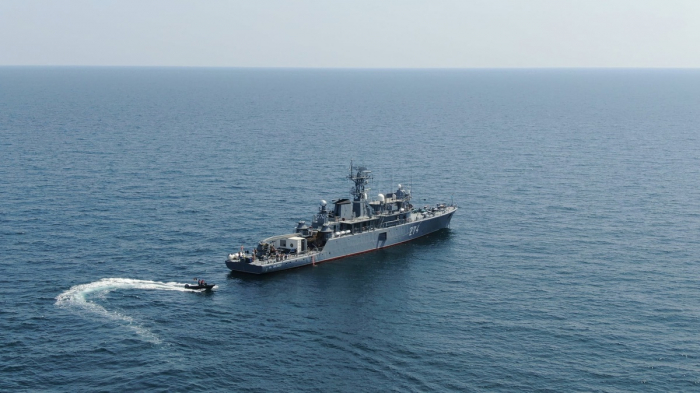 The active stage of the Dive-2021 multinational mine action exercise has started in the Black Sea, which is being conducted with the participation of the Naval Forces of Ukraine, Georgia, Bulgaria, Azerbaijan, the United States and Romania, the press service of the Ukrainian Navy said on Thursday.

According to with the exercise plan, the military are practicing paired diving descents to a depth of more than 30 meters as part of international groups with an exit according to a previously agreed decompression regime.

"In addition, the elements of medical care are being worked out with the involvement of a pressure chamber in case of oxygen sickness. At the same time, on the Romanian ship, foreign colleagues familiarized the participants with the work of modern oceanographic, meteorological, topographic and hydrographic equipment," the Ukrainian Navy said.

They said the main efforts during the exercises will be focused on synchronizing the actions of divers of a common multinational tactical group and familiarizing themselves with the specifics of diving in different countries, followed by its implementation in the course of performing joint tasks.

"In the future, the tasks will become more complicated. Ahead of the participants is the development of operations on underwater demining, underwater demolition and technical work, mine action, etc.," head of the search and rescue service of the Naval Forces of the Armed Forces of Ukraine, head of the Ukrainian component of training, Captain Fist Rank Oleksiy Nesterov said.