Are nut butters bad for your health? - iWONDER 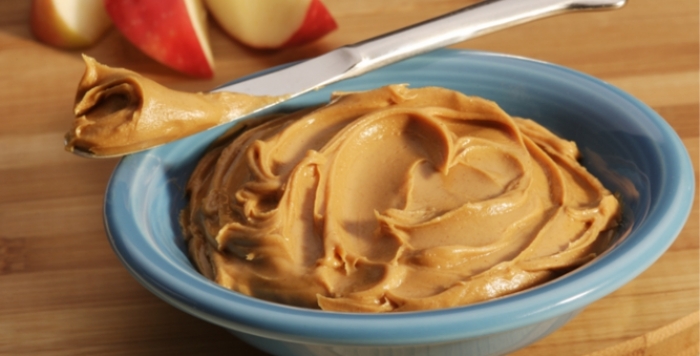 Nut butter is often thought of as a calorie-packed no-no when it comes to healthy eating. But is their bad reputation unearned?

There's well-established evidence that nuts are good for us. They're packed full of fibre and healthy fats, and have been linked to a lower risk of cardiovascular disease and cancer.

It might come as a surprise, therefore, that a study in 2019 found no such benefits with peanut butter.

When researchers studied the whole nut and peanut butter eating patterns of more than half a million people, they found that only whole nuts were associated with a lower risk of cancer, respiratory and heart disease.

Because this was a population study, it couldn't confirm the two outcomes were related. In fact, the paper explains that people who eat peanut butter are more likely to smoke and eat red meat, and less likely to exercise – all risk factors for heart disease.

Another explanation, the researcher's state, is that people who eat nuts may be eating a range of different nuts and benefitting from their different vitamins and minerals, whereas people who eat peanut butter might not be eating any other types of nuts.

An earlier population study from 2015 found that eating nuts was linked to lower levels of diabetes, whereas peanut butter wasn't.

But there aren't many intervention studies directly examining the effects of nut butter on our health. One study of 38 adults, where participants added either roasted, raw or salted almonds, or almond butter to their diets for four weeks showed that all forms of almonds lowered LDL cholesterol.

However, this was a small study. Despite the large evidence base showing the health benefits of whole nuts, research into nut butter lags behind – and what studies there suggest there could be huge differences between the two forms of food.

What we do know is that the less that food is processed, the healthier it generally is. But the process of turning nuts into nut butter – which involves roasting, blanching and grinding the nuts – is minimal, says Kevin Whelan, professor of dietetic at King's College London.

"Removing the skin removes a bit of fibre, but it's not very much because the kernel still contains lots of fibre," he says.

But processing involved in making nut butter may even help us to access more calories and nutrients than manufacturing them take away.

But in the last few years, scientists in the US have found that walnuts have 21% fewer calories than previously thought, while almonds have 20% less than what the label says, and pistachios have 5% less. This is because we don't break the nut down fully before we swallow it. And this means we absorb fewer calories – and nutrients – than are available in whole nuts.

"The cell walls are quite tough in some nuts, such as almonds, so a lot of fats and proteins are kept within plant cell walls when we eat them whole. When we chew the nut, we only break some down, and some passes through and remains inaccessible to the body," says Wendy Hall, reader in nutritional sciences at Kings College London.

But some of these cells are broken down in the process of becoming nut butter, releasing the nut's nutrients before we eat it.

"Grinding the nuts fractures the cells, so fats in the cells comes out and converts into butter," Whelan says.

But how much this happens may depend on whether the product is smooth or crunchy.

Smooth nut butter may contain more fat than crunchy varieties, as more of the nuts' cells will be broken down.

"Any larger bits may mean there are still some intact cells the body doesn't break down, so it's likely to have fewer calories and nutrients than smooth nut butter", says Terri Grassby, lecturer in food science at the University of Surrey.

But just to make things more complicated – this may depend on the nut.

"Nuts in general have very small cells, so even if you turn them into nut butter, you're not necessarily breaking every cell," adds Grassby. Different nuts have different cell sizes, she says. But the thickness of their cell walls can also play a role – walnuts, for example, have thinner cell walls than almonds and pistachios.

Another reason nut butter may lead to higher calorie consumption than whole nuts is the process of chewing, which can make you feel fuller. But calorie content might not matter that much – studies have shown that eating nuts doesn't lead to weight gain, and can actually lead to weight loss.

The most important point when trying to distinguish if one nut butter is better than the other is what's added to it – Claire Berryman
"The consensus is that weight doesn't increase any more for people who include nuts in their diet," Grassby says.

But there are other components to nut butter that our bodies do digest. Some nut butter have added ingredients, such as salt, sugar and palm oil, which is 50% saturated fat.

"The most important point when trying to distinguish if one nut butter is better than the other is what's added to it," says Claire Berryman, assistant professor at Florida State University who studies human nutrition and metabolism. "If it separates, you're good, because oils are added to make the nut butter all one texture. If you can buy nut butter in its natural form, its nutrient profile will be similar to whole nuts."

Although most nuts have been found to promote heart health, adding salt can negate this benefit. However, Grassby says a small amount of added sugar isn't necessarily bad if it means people eat nut butter instead of sugary snacks.

But nut butter with added ingredients might be healthier than no nuts at all. We consume three grams of nuts per day on average, which is approximately one brazil nut or two almonds, Grassby says, when we should be eating closer to 20g a day. Therefore, anything that increases nut consumption without too much added sugar is a good thing, she says.

Another detail to look out for is whether the nut butter is made up of whole or blanched nuts. Nut butter with whole nuts will include the skins of the nut, which means more fibre. It also matters how you eat nut butter, says Rachel Brown, professor in human nutrition at the University of Otago in New Zealand.

“Most people in our research say they eat nuts as a snack food, which is good as it might be replacing other unhealthier snacks,” she says.

“If it’s peanut butter going on wholegrain bread, that’s quite a good snack or meal, but if it’s on more refined food, that’s not the best. It does depend what you’re putting it on.”

Peanut butter has been traditionally eaten at breakfast time, says Pip Murray, who runs the nut butter company Pip & Nut. But she says she's now seeing a shift in how it's eaten.

"There are more consumers looking at eating it in smoothies, in their overnight oats and as an afternoon snack," she says.

Researchers also advise eating a variety of types of nuts to reap all the nutritional benefits, which may be easier to do with whole nuts, which often come in bags of mixed nuts and have a longer shelf life than nut butter.

While their nutritional profiles are equally great, each type of nut has different nutrients. Some nuts are higher in monosaturated fat, some polyunsaturated fat, and they have different vitamin and mineral contents. Almonds have more calcium, for example, while peanuts have more folate.

"Peanuts and peanut butter are often perceived as less healthy – research shows that the public sees them as less healthy. But they're just as healthy as other tree nuts," says Brown.

"Most of our research shows that people snack on nuts, which is good because this might replace unhealthy snacks. If you're having peanut butter instead of sugary jam, it improves the diet quality."

Murray has seen that almond butter is perceived as being healthier than peanut butter, and says the trend is driven by it being relatively new. Peanut butter has a less healthy reputation, she says, because it's historically contained other ingredients such as palm oil, sugar and salt.

"My parents' generation has the perception that peanut butter is for kids, but it's totally shifted now that people know about healthy fats," she says.

While there's a lack of research specifically on nut butter, there could be other evidence out there hidden in existing research on nuts.

This means any health benefits they found from whole nut consumption may also be applicable to nut butter.

Despite a lack of research, we know that nut butter – crunchy and smooth – certainly have many health benefits. The expert advice? Mix up which nuts you consume, and try to avoid ones with added ingredients.