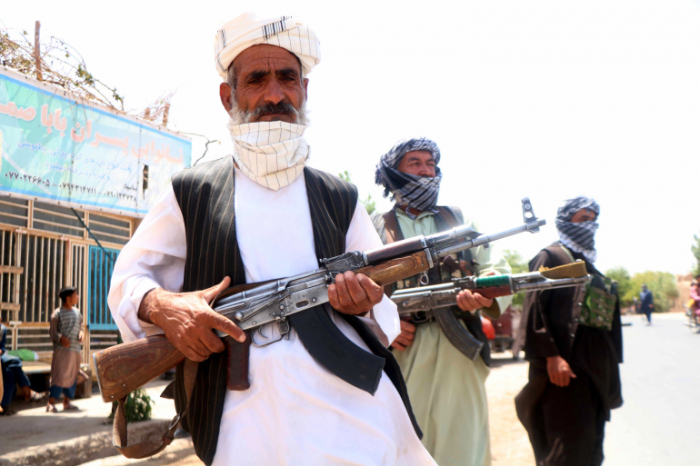 The Taliban (outlawed in Russia) has already secured the outside perimeter of the Russian Embassy in Kabul, Russia’s Presidential Envoy for Afghanistan Zamir Kabulov said on Monday.

"They have already placed the outside perimeter of the Russian Embassy in Kabul under protection," he said.

"Tomorrow, they will discuss long-term details with the ambassador," Kabulov added.

Zamir Kabulov said that "some staffers of the Russian Embassy in Kabul will be either given paid leaves or evacuated."

Zamir Kabulov said that "some staffers of the Russian Embassy in Kabul will be either given paid leaves or evacuated."

"We have a relatively large embassy in Afghanistan, there are around 100 people in any case. Some of our staffers will be put on leave or evacuated in some other way just to not create such a large presence there," he said.

According to Kabulov, there haven’t been any evacuation appeals from Russian citizens residing in Afghanistan. "There is another category, Russian citizen of Afghan decent, there are several hundreds of them. Some of them have already been evacuated via different passports when we airlifted our citizens due to the pandemic. Many of those who wanted to left Afghanistan," he added. "As of now, I have no information about specific appeals of Russian passport holders about an urgent evacuation."

On Tuesday, Russia’s Ambassador to Afghanistan Dmitry Zhirnov will have a meeting with the Taliban coordinator to discuss security for the Russian diplomatic mission.

On Sunday, the Taliban militants entered Kabul without a fight and occupied government agencies that were abandoned by government forces. Afghan President Ashraf Ghani fled the country. Later, the Taliban announced that it had taken control over all districts of the Afghan capital.