How mindfulness could make you selfish - iWONDER 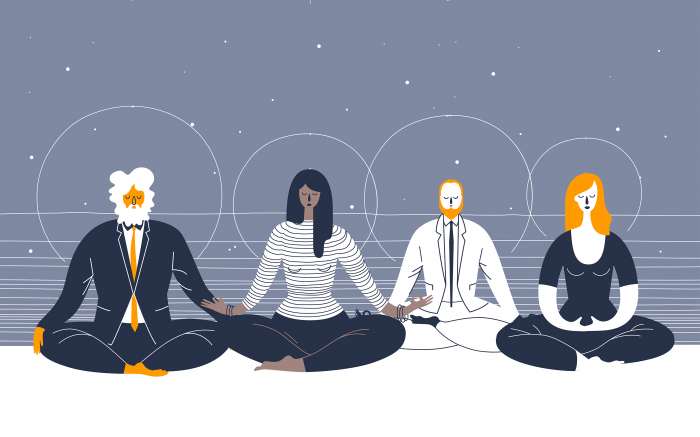 Mindfulness may have many benefits – but the latest research shows it can also make some people more selfish.

Mindfulness is said to do many things for our psyche: it can increase our self-control, sharpen our concentration, extend our working memory and boost our mental flexibility. With practice, we should become less emotionally reactive – allowing us to deal with our problems more calmly.

One ‘benefit’ that you might not expect to gain, however, is heightened egotism. Yet a recent study suggests that, in some contexts, practicing mindfulness really can exaggerate some people’s selfish tendencies. With their increased inward focus, they seem to forget about others, and are less willing to help those in need.

This finding, alone, should not be a cause for you to cease meditating, if you do find it useful in other ways. But it adds to a growing body of research suggesting that mindfulness training can have undesirable side effects as well as potential benefits – and many psychologists now believe that the potentially negative consequences of certain meditative practices should be advertised alongside the hype.

The ‘me’ in meditation

The study comes from Michael Poulin, an associate professor in psychology at the State University of New York at Buffalo, who wanted to investigate whether the effects of mindfulness might depend on its cultural context and the existing values of the people who are practicing it.

Within any population, there will be a mix of both attitudes, but on average interdependence is higher in Asian countries like China and India – where Buddhism originated – whereas people in the US, UK and Europe tend to be more independent-minded.

To see whether this would influence the effects of mindfulness in the West, Poulin invited 366 college students into the lab and first gave them a questionnaire measuring their independence or interdependence.

Half were then asked to perform a meditation focused on the sensation of breathing. The control group were given a “sham” meditation that involved sitting and letting their mind wander for 15 minutes. The exercise may have been relaxing, but it wasn’t designed to increase their mindfulness.

Next came a test of pro-social behaviour, in which the students were told about a new project to help fund a charity for the homeless. They were then given the opportunity to stuff envelopes with marketing material advertising the scheme, which would be sent to the university’s alumni – but they were told there was no obligation to do so, if they wished to leave early.

Sure enough, Poulin found that the effects of the meditation depended on people’s existing attitudes. If they were already interdependent, then the people who took the mindfulness exercise were willing to spend much more time on the charitable task; overall, they stuffed about 17% more envelopes than the control group. If they were independent-minded, however, the exact opposite occurred – the mindfulness had made them even more self-centred, so they were less willing to help the homeless. Overall, they stuffed around 15% fewer envelopes than the control group.

To be sure the finding was robust, Poulin’s team conducted a second experiment, in which the participants were first given a short text written either in the first-person singular (I), or first-person plural (we). As they read the text, they had to click on all the pronouns – a simple task known to prime either independent or interdependent thinking. They then completed the meditation tasks and, to test their pro-sociality, were asked whether they wanted to devote time to chat online with potential donors for the homelessness charity.

Given that many Americans score highly on measures of independent self-construal, that’s a lot of mindfulness practitioners who may be affected.

The finding provides new material for critics of the mindfulness movement.

Ronald Purser, a professor of management at San Francisco State University, has been chief among them. In his book McMindfulness: How Mindfulness Became the New Capitalist Spirituality, published in 2019, he described the ways that the ancient practices have become divorced from the original Buddhist teachings.

“Mindfulness practice was intended to lead to the clear insight that despite appearing separate, all phenomena – including our sense of self – are, in their true nature, relative and interdependent,” he tells me. In many of its new incarnations in the West, however, it is marketed as a tool to boost productivity and performance. “Mindfulness has become a stripped-down, DIY, self-help technique,” says Purser – another tool to get ahead of others. He was not surprised by Poulin’s findings – anecdotally, he had heard of similar effects.

Thomas Joiner, a professor of psychology at Florida State University and author of Mindlessness: The Corruption of Mindfulness in a Culture of Narcissism, is similarly emphatic. He says that the Buddhist practices have been “perverted” into “a self-focused, self-glorification mechanism”. Like Purser, he believes that Poulin’s paper helps to show the consequences of this. “I think it makes my case that when you take genuine mindfulness and drop it into certain context, a monstrosity can result.”

It is fair to say that Purser’s and Joiner’s views on mindfulness fall at the more extreme end of the spectrum; in general, psychologists studying mindfulness remain optimistic about the practice’s potential to improve wellbeing in many areas of life.

There does, however, seem to be increasing concern that some the benefits have been overhyped, and that the potential downsides have been under-investigated. Some studies suggest that mindfulness can heighten anxiety and trigger panic attacks in certain people, for example – a danger that is not often mentioned in the many books, apps and courses promoting the practice.

We need much more transparency about these less-desirable side-effects – including its potential to increase selfish behaviour. “I absolutely think that those who promote or practise mindfulness should be aware of this potential issue,” says Poulin.

We also need greater research into the many kinds of mindfulness techniques. Mindful breathing, which Poulin used in his experiment, is the most popular mindfulness exercise, and if you have only a superficial interest in the field, it may be the only technique you know. But there are many others, each of which may help to develop a particular set of skills.

Tania Singer, the director of the Max Planck Institute for Human Cognitive and Brain Sciences in Leipzig, Germany, has provided some of the strongest evidence for the diverse effects of the different techniques with a detailed nine-month trial. Over many sessions, the participants completed exercises aimed at improving “presence”, such as mindful breathing, as well as techniques such as “loving kindness meditation”, which involved deliberately thinking about our sense of connection with others – including close friends and complete strangers. They also took part in pair work aimed at “mindful listening”, in which each person had to pay particular attention to another’s descriptions of emotional situations.

All the while, Singer tracked the effects with detailed questionnaires, including measures of compassion – which increased significantly following the loving-kindness meditation and pair work. Intriguingly, these exercises also seemed to produce the biggest reduction in people’s stress responses. “You learn not just to listen empathically; you learn to open up your own vulnerability.” This allowed the participants to recognise the “shared humanity” of positive and negative feelings, she says – a mindset that subsequently helped them to better cope with stressful situations in the rest of their life.

Poulin agrees that these other mindfulness techniques may counteract the effects he had observed, for people who follow a comprehensive programme. He is more concerned about overly simplistic courses that market mindfulness as a simple way to gain a brain boost. “With the rise of apps and the use of mindfulness within corporations to increase productivity, for example, sometimes the moral dimension of mindfulness is lacking,” he says.

Any time we try to change our mental function, it has the potential to create widespread consequences for our behaviour – and we should be cautious of any product or service that claims to offer a “quick fix”. It is time, in other words, to be a bit more mindful about the way we use mindfulness.