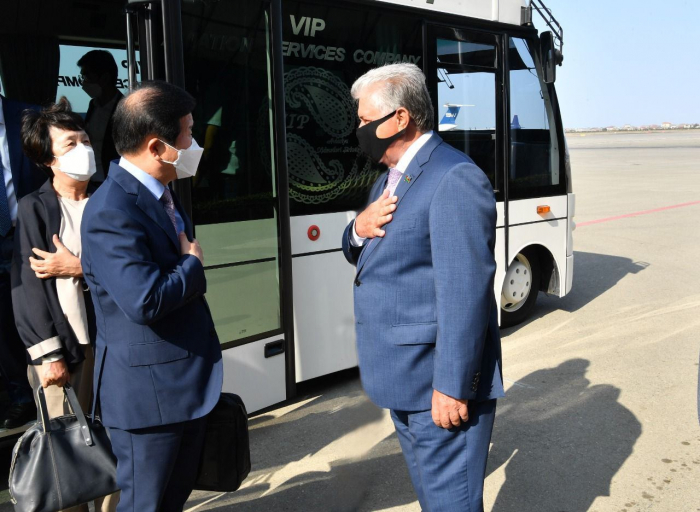 A delegation led by Park Byeong-seug, Chair of the National Assembly of the Republic of Korea, has arrived in Azerbaijan on an official visit on 18 August, AzVision.az reports.

It should be mentioned that the visitation programme of the Korean delegation includes a string of meetings with Azerbaijani officials. The guests will call at the Milli Majlis. There are going to be meetings with Milli Majlis Chair Sahiba Gafarova, members of the Working Group for inter-parliamentary connexions with Korea and the Korean businesspeople active in our country. Those sessions will be dedicated to developing bilateral relations in various areas and to the prospects of inter-parliamentary ties.

The delegation members will visit the Alley of Honour and the Martyrs’ Alley, the Gobustan State History and Rock Art Reserve, the Heydar Aliyev Centre and the National Azerbaijani Carpet Museum. They will also be shown around Baku’s historical part – the Icheri Sheher.

The official visit of the delegation of the National Assembly of the Republic of Korea to the Azerbaijan Republic ends on 20 August.