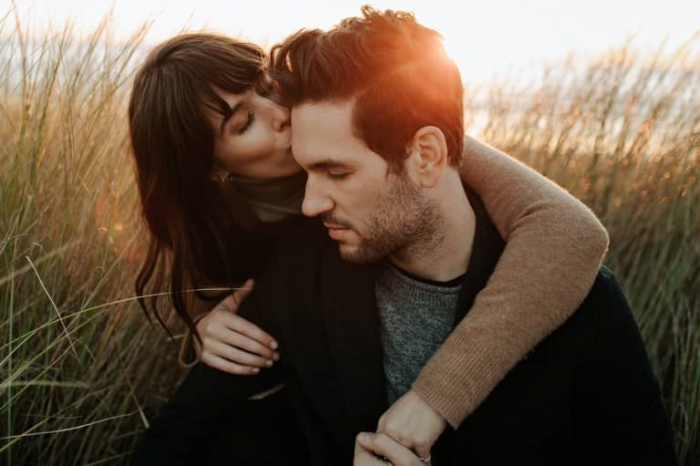 Lip-on-lip kissing is not nearly as universal as we might think it is, so can the diverse number of ways that humans kiss reveal what it is about this intimate act that we find important?

Less than half of all societies kiss with their lips, according to a study of 168 cultures from around the world. William Jankowiak, a professor of anthropology at the University of Nevada Las Vegas, found that only 46% use lip-to-lip kissing in a romantic sense, excluding things like parent-child kissing or greetings.

Two theories for why humans have a need to kiss stem from the idea that as babies we have an innate liking for lip touching. In one case, it might be that we associate lip touching with breastfeeding, and that reflex is innate in everyone. There is also a suggestion that mothers and their children bond over lip-on-lip kissing because of something called "premastication food transfer". The mothers of our ancient ancestors might have pre-chewed our food for us in our early years, and transferred it directly into our mouths. This is something that is seen in our closest ancestors – chimpanzees – as well as other great apes.

In the video below BBC Reel explores some of the other theories for the origins of kissing, which include one suggestion that clothes might have been an important driving factor.

"But I think the key to the human universal of kissing, or the absence of it, is that people's sensuality can be met in many ways other than just kissing," says Jankowiak.

Those cultures that do not kiss lip on lip find other ways to be intimate, says author Sheril Kirshenbaum. "There's the Malay kiss that Darwin described, where women would squat down on the ground and men would kind of hangover them and take a quick sniff of each other – take a sample of their partner’s scent."

On the Trobriand Islands, off the east coast of Papua New Guinea, lovers kiss by sitting face to face and nibbling at each other's eyelashes, "which I think to many of us today doesn't sound like the height of romance but for them that did the trick", says Kirshenbaum. What is important with lip-on-lip kissing and other types of kissing is that the moment is about sharing close, intimate information about each other.

Kissing by pressing our lips together is almost uniquely human behaviour. If kissing has an evolutionary purpose, why don't we see more animals kissing?

Melissa Hogenboom answered that question for BBC Earth in 2015. One of the reasons we might have been compelled to get up close to the face of a partner is to give them a good sniff. Scent can reveal all sorts of useful information: diet, presence of disease, mood and relatedness, to name some. Many animals have far more sophisticated senses of smell than we do, so they don’t have to be nearly as close.