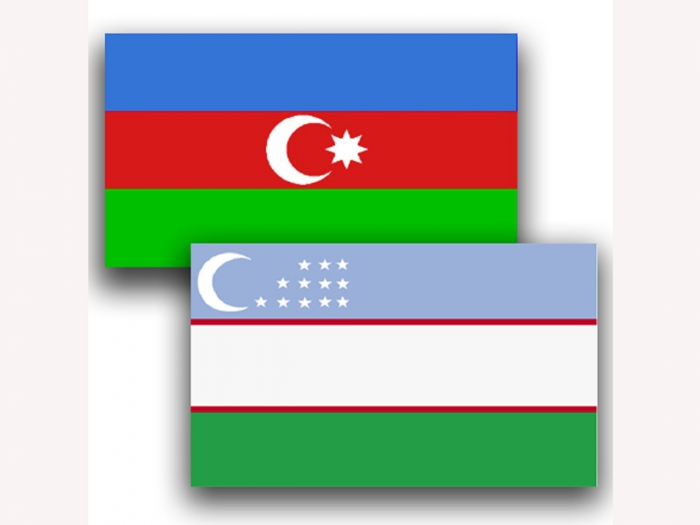 The economies of Azerbaijan and Uzbekistan have much in common and complement each other, which creates good preconditions for intensive interaction, said the Uzbek Ministry of Investments and Foreign Trade.

The ministry stressed that Uzbekistan is interested in the development of investment and industrial cooperation with Azerbaijan.

“It is also encouraging that Azerbaijani business circles are showing great interest in cooperation with Uzbek partners. This can be judged by the number of joint ventures created and operating in Uzbekistan (about 200). They are mainly employed in such areas as trade, mechanical engineering, and metalworking, finance and insurance, real estate, energy, services, jewelry production and repair, food industry, light industry,” added the ministry.

The ministry stated that over the past three years, within the State Investment Program in Uzbekistan, about $30 million of direct Azerbaijani investments have been spent, two-thirds of which fall on 2020.

The Uzbek ministry also said this year it expects an even greater inflow of investments from Azerbaijan, adding that both countries have great prospects for joint development of the markets of other countries.

“Opportunities are available in the electrical, mechanical engineering, textile, leather, and footwear, pharmaceutical and food industries, the agricultural sector, as well as in the field of transport communications. During the eleventh meeting of the Joint Intergovernmental Commission, it is planned to discuss in detail all the above areas of cooperation and determine plans for the near future,” the ministry noted.

The ministry further said that recently, the development of cooperation between Uzbekistan and Azerbaijan took place amid the COVID-19 pandemic, but despite this, relations between the countries continue to progressively develop and strengthen.

“We should especially note the contacts at the highest level, which set the vector for the development of bilateral cooperation. In particular, on October 14, 2019, on the sidelines of the meeting of the Council of Turkic-speaking States, President of Uzbekistan Shavkat Mirziyoyev and President of Azerbaijan Ilham Aliyev held a working meeting, during which priority tasks were identified for the further development of mutually beneficial cooperation in promising areas,” the ministry also noted.

“On December 11, 2020, during a telephone conversation between the heads of the two states, measures were discussed to enhance bilateral interaction in the post-pandemic period. In the course of the above contacts, special attention was paid to the issues of expanding business contacts at the level of leading companies and entrepreneurs of Uzbekistan and Azerbaijan. The presidents noted the importance of deepening cooperation in industry, agriculture, transport and other priority sectors,” the ministry pointed out.

Besides, according to the ministry, the value of direct foreign investments in the fixed capital from Azerbaijan in Uzbekistan amounted to more than $320,000.

Speaking about trade operations, the ministry stressed that in 2020, imports of goods and services from Azerbaijan to Uzbekistan grew by 36 percent compared to 2019.

"Significant volume of the imports falls on non-food raw materials of production targets - 35 percent, food products - 23 percent and petroleum products - 14 percent. Supplies of vehicles and transport equipment for the specified period contracted by 57 percent,” the ministry said adding that in the first five months of 2021, imports from Azerbaijan remained at the level of the same period in 2020.

"The largest share in the volume of imports from Azerbaijan accounted for non-food raw materials - 44 percent, food and industrial goods - by 19 percent each of the positions. At the same time, the import of non-food raw materials decreased by 32 percent,” the ministry further noted. “Food supplies grew by three times, and industrial goods – by four times. From January through May 2021, the share of Azerbaijani goods and services in the total volume of imports in Uzbekistan has made up 0.2 percent, while in late 2020 this figure was at the level of 0.1 percent.”

As the ministry reminded, the volume of foreign trade between Uzbekistan and Azerbaijan decreased by seven percent and the foreign trade surplus amounted to $11.8 million in the first five months of 2021.

“Through the reporting period, exports to Azerbaijan decreased by 11.8 percent compared to the same period of 2020. In the structure of exports, textile products accounted for 28.5 percent, copper products - 17.1 percent, food products - 17.1 percent, air conditioners and refrigeration units - 12.7 percent, monitors and projectors - 7.7 percent. Since early 2021, there has been no import of machinery and technological equipment from Azerbaijan,” the ministry said. “In 2020, the foreign trade turnover of Uzbekistan with Azerbaijan amounted to $83.5 million, having increased by 13 percent compared to 2019. At the same time, the foreign trade surplus amounted to $24.5 million.”