Why the Moon affects the Earth? - iWONDER 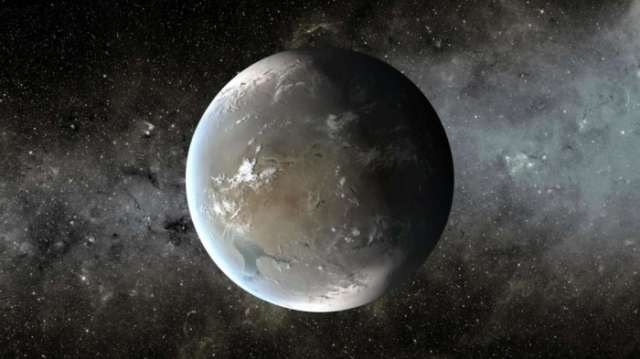 "Pale Moon rains. Red Moon blows. White Moon neither rains nor snows." For generations, people have watched the Moon for signs of changes in the weather. The Moon does, in fact, affect the Earth's weather patterns in several subtle ways.

Four and a half billion years ago, two ancient planets collided and merged into one to become the Earth. During the colossal meeting of these two planets – proto-Earth and Theia – a small rocky mass spun off to become our moon. This, our closest companion in the vastness of space, is intrinsically linked to our very existence, with lunar rhythms embedded in the cycles of life on Earth.

The effects of the Moon's actions upon Earth are still not fully understood. The challenge is to disentangle what is myth and when our lunar companion really does have an influence.

The most obvious effect the Moon has on the Earth can be seen in the ocean tides. As the Earth rotates each day, the Moon's gravity pulls the water on the nearest side of Earth towards it, creating a bulge. The sea bulges on the opposite side too due to centrifugal force caused by the Earth's rotation. The Earth rotates beneath these watery bulges, resulting in the two high tides and two low tides we see each day.

Every 18.6 years the Moon's orbit "wobbles" between a maximum and minimum of plus or minus 5 degrees relative to the Earth's equator. This cycle, first documented in 1728, is called the lunar nodal cycle. When the lunar plane tilts away from the equatorial plane, the tides on Earth grow smaller. When the Moon's orbit is more in line with the Earth's equator, the tides are exaggerated.

Now, Nasa says that rising sea levels due to climate change, combined with the influence of the lunar nodal cycle will cause a dramatic increase in the number of high-tide floods during the 2030s.

Benjamin Hamlington, a research scientist and lead of Nasa's sea level change science team, is interested in how sea levels respond to both natural and human actions, and what that will mean for coastal populations. Before moving to California, Hamlington lived in coastal Virginia where flooding was already a big problem.

"High-tide flooding affects life very broadly in coastal communities. It impacts your ability to get to your job, makes it difficult for businesses to stay open," he says. "Now it's an inconvenience – but it's going to become hard to ignore, hard to live with."

These floods, exacerbated by the Moon, are set to damage infrastructure and change coastlines, Hamlington says. "We may see four times the amount of flooding one decade to the next. The lunar nodal cycle affects all locations on Earth and sea levels are going up everywhere. So we'll see these rapid increases in high-tide floods across the globe."

The lunar nodal cycle might be set to raise many challenges for humans, but for wildlife in coastal ecosystems it could be an existential threat.

"When the nodal cycle is at its peak, the high tides flood mosquito habitat further landward," Rochlin says. The tidal flooding occurs more often at this time, and brings with it killifish – a group of a few hundred species of minnow-like fish found in salt, brackish and fresh waters. These predators will eliminate or reduce mosquito populations that are in the egg, larva or pupa stages of development, before the insects are able to fly out of the water where they are born.

"Typically, there are fewer mosquitoes at the peak of the cycle," says Rochlin. "At the trough of the nodal cycle, the tides may flood mosquito habitat very infrequently, giving them enough time to emerge thus increasing their populations."

And it's not just mosquitos that are affected – their abundance is a proxy for the welfare of numerous other species. Salt marshes lack large mammalian herbivores, but in their place are invertebrates such as shrimp, crabs, snails, grasshoppers and other insects. These in turn are a major food source for shorebirds and fish.

And when the invertebrates of a salt marsh are drowned, the shorebird, fish and other species that depend on them suffer profoundly too. That includes people, as salt marshes are integral to the global economy, serving as nursery for a plethora of marine life that includes more than 75% of all fishery species.

Salt marshes are also of significant environmental importance, able to store carbon at much greater rates than many land-based ecosystems. Freshwater wetlands, meanwhile, hold nearly 10 times more carbon than tidal saltwater sites, in part because of their very large extent. With increased flooding due to the Moon wobble and sea level rise, freshwater wetlands may also face a profound change.

Kristine Hopfensperger is an environmental scientist at Northern Kentucky University who studies the salinisation of freshwater wetlands. "Freshwater coastal wetlands experience great tidal fluctuations throughout a day, and are much more biodiverse than their salt marsh counterparts," she says.

"Many species are specialists so, as soon as the plants or first level of the food web begin to change composition from a diverse community of freshwater plant species to a less diverse community of salt-tolerating plants, the animals that rely on these plants may begin to change – the birds, terrestrial insects and so on. Freshwater aquatic species are also greatly impacted by increasing salinity and pushed upstream to remain in freshwater.

"Salinisation of freshwater coastal wetlands will continue to increase with rising sea levels – and the more frequent flooding is, the more the wetlands will be impacted by the salinity."

One of the most important weather-producing phenomena on Earth may be affected by the lunar nodal cycle too. Usually, strong winds along the equator blow the warm surface water westward from South America towards Indonesia and cooler deep water rises up in its place.

During an El Niño event, these trade winds are weakened or even reversed, affecting weather all over the world. Warm surface water piles up near the west coast of South America and cold water remains deep in the ocean. Usually wet regions may be plunged into drought while dry regions may be deluged in rain, even causing deserts to burst into bloom.

A La Niña event, on the other hand, has the opposite effect of El Niño. Trade winds are stronger than usual, pushing more warm water toward Asia. Cold waters that well up off the coast of the Americas then push the jet stream northward. The result is warmer than usual winter temperatures in the south and cooler than normal in the north.

Scientists from Ohio State University have suggested the switch between El Niño and La Niña may be influenced by a subsurface ocean wave driven by lunar tidal gravitational force. Researchers at the University of Tokyo report that Enso may be predicted by looking at the Moon’s 18.6-year nodal cycle.

"There certainly is a known lunar nodal effect on sea surface temperatures," says Phil Woodworth, a sea-level scientist and emeritus fellow of the UK's National Oceanography Centre. The Moon’s gravitational pull influences tidal currents and so the movement and mixing of the upper layers of the ocean water, says Woodworth. “This especially applies to the North Pacific."

While the lunar nodal cycle is set to bring marked change over the coming decades, on a shorter timescale the Moon affects the Earth in a few other lesser-known ways.

The Moon is also thought to affect polar temperatures and contribute to fluctuations in the extent of Arctic ice. Though here, the influence of the Moon is not its 18.6-year nodal cycle, but its more familiar monthly variation in the amount of light reflected from it as it waxes and wanes. Satellite measurements have shown that the poles are 0.55C warmer during a full Moon.

In addition, tidal forces act to break up ice sheets and change ocean heat flows, altering the amount of ice in the Arctic Ocean.

The Moon generates tidal currents and waves both at the surface and deeper in the ocean, says Chris Wilson, expert in marine physics and ocean climate at the National Oceanography Centre. "These currents and waves may either melt or break up sea ice, due to either the transport and mixing of warmer waters or due to straining motions acting to tear apart the ice into smaller pieces, which are then more susceptible to melting."

The water and ice of the ocean are not the only parts of the planet to experience tides. The Moon also has a tidal effect on both solid land and on the atmosphere.

Earth tides are similar to ocean tides. The land deforms and bulges just as the sea does and is thought to trigger volcanic activity and earthquakes.

Atmospheric tides cause energy flows from the upper to lower atmosphere and changes in atmospheric pressure. Air pressure changes linked to the position of the Moon were first detected in 1847. The Moon's gravitational forces cause bulges and oscillations in the Earth's atmosphere, similar to those seen in water.

"Changes in atmospheric pressure are linked with higher air temperatures, which in turn means that the air molecules can hold more moisture in the form of water vapour, lowering the humidity and therefore the chance of rainfall," says Liz Bentley, chief executive of the Royal Meteorological Society. As a result, lower pressure is known to result in cold wet weather, and higher pressure in calmer, more pleasant weather.

But the Moon's influence on precipitation via atmospheric tides is small, as other factors like heat from the Sun have a much greater effect. Researchers at the University of Washington reported that lunar forces do affect the amount of rainfall – but only by around 1%.

John Wallace, professor of atmospheric sciences at the University of Washington, says: "At times when the Sun and Moon are pulling together, it rains a tiny bit more than it does six hours earlier or later. So, the Moon's pull doesn't affect how much it rains, only when it rains."

The Moon's influence, sometimes subtle and sometimes profound, has had a formative impact on life on Earth. Some scientists argue that it is the Moon that made life possible in the first place. The Moon steadies the Earth as it spins on its axis, helping to give us a stable climate. Without it, the Earth would wobble more erratically. The poles would move markedly in relation to the Earth's orbit. Seasons, days and nights would all look very different.

But the tides that may have kick started life on Earth are also pushing our moon away from us. Every year, the Moon moves further from the Earth by almost 4cm because of the tides it causes on Earth. The Earth rotates more quickly than the Moon orbits, so the gravitational tug of the tidal bulge pulls the Moon along faster. As the Moon accelerates it is flung a little outwards and its orbit becomes bigger. It’s a bit like when you stand on a playground roundabout – the faster it spins, the more you feel as though you are being thrown outwards from the centre.

The Moon is our closest ally in the vastness of the Universe, without which the Earth would be a very lonely place.