Situation in Armenian parliament escalates: Deputies threw water bottles at each other - VIDEO 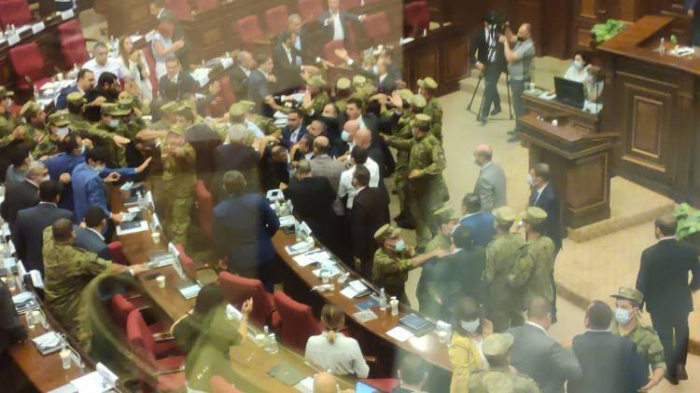 In his remarks, Sargsyan stated that the defense ministers during whose tenure people were exempt from military service either by bribery or a telephone "call" were traitors to the homeland.

The opposition MPs got angry and threw water bottles at Hayk Sargsyan.

The situation in the NA Sessions’ Hall became tense, the opposition and pro-government lawmakers began shoving each other, and the security officers were called in.

At this moment the live broadcast from parliament is cut off.