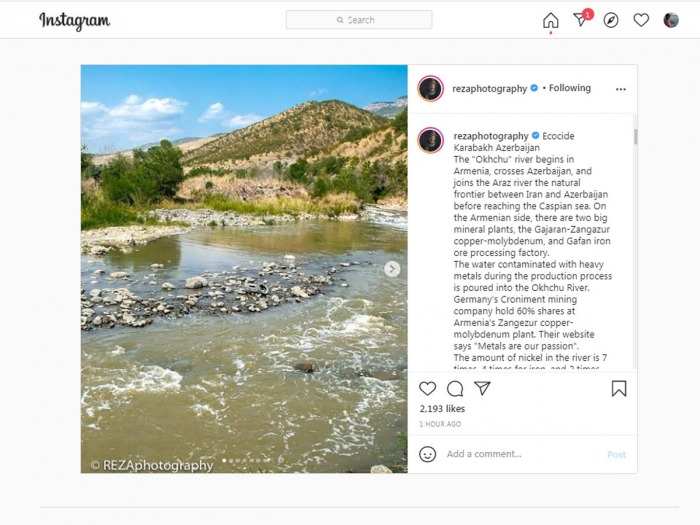 In the post entitled as ‘Ecocide Karabakh Azerbaijan’ Deghati informed about the river’s pollution and its consequences.

“The "Okhchu" river begins in Armenia, crosses Azerbaijan, and joins the Araz river the natural frontier between Iran and Azerbaijan before reaching the Caspian sea. On the Armenian side, there are two big mineral plants, the Gajaran-Zangazur copper-molybdenum, and Gafan iron ore processing factory,” he wrote.

“The water contaminated with heavy metals during the production process is poured into the Okhchu River. Germany’s Croniment mining company hold 60% shares at Armenia’s Zangezur copper-molybdenum plant. Their website says "Metals are our passion". The amount of nickel in the river is 7 times, 4 times for iron, and 2 times higher for copper-molybdenum than normal,” the photographer also wrote.

“In March, the mass extinction of trout and other fishes was seen in the Okhchu River’s basin. It seems that the river is being used as a “collector” by Armenian producers for sending away the industrial wastes from the country’s territory to Azerbaijan,” Deghati noted.

“Armenia had not yet joined the international water convention and had not assumed international obligations. A silent ecological disaster that pollutes both Azerbaijan and Iran before reaching the Caspian sea are seen here,” added Deghati. 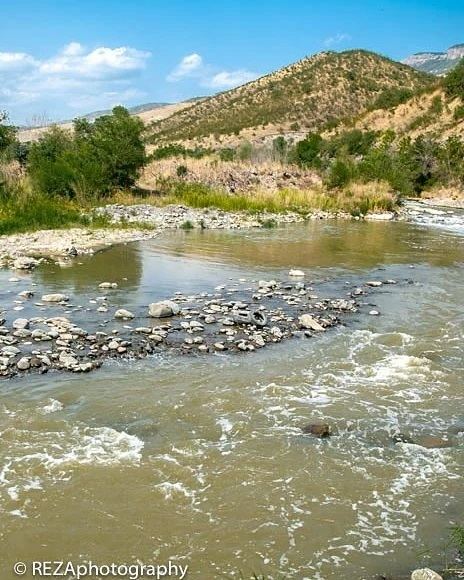 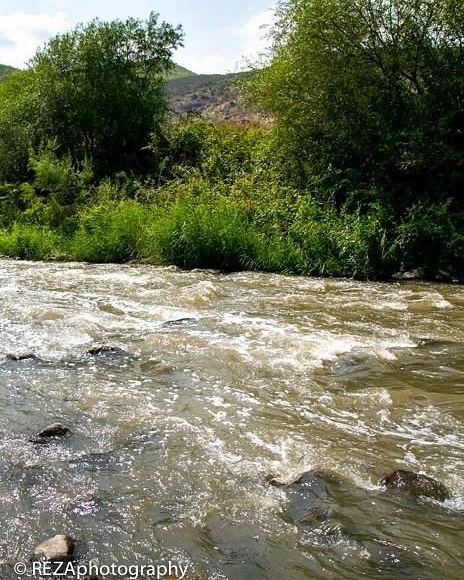 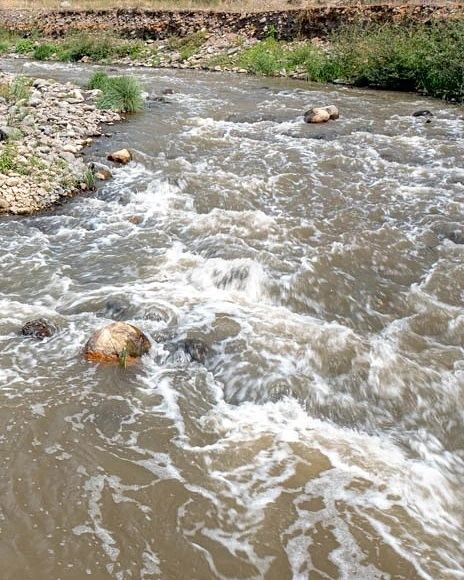 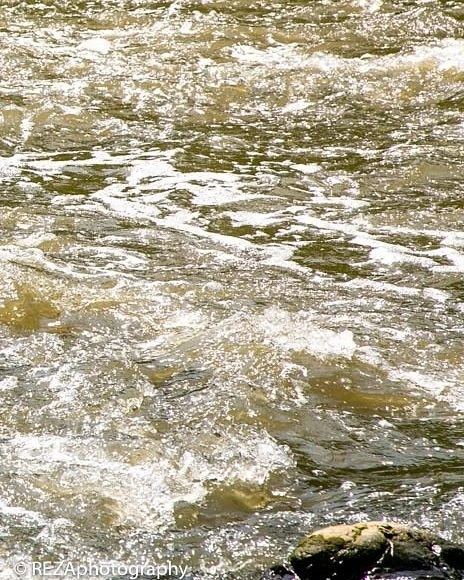